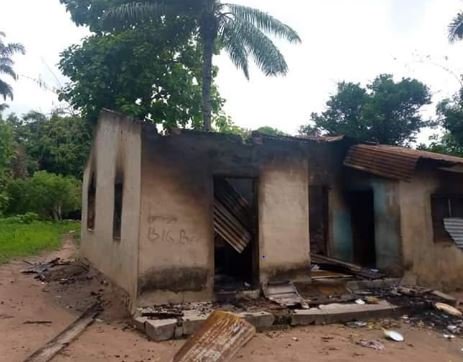 Death tolls in the ongoing multi-ethnic crises in southern Taraba have continued to rise.
Four persons were reportedly killed and three communities razed in a fresh orgy of violence between Kuteb and Chamba people in Takum local government area of the state on Monday.
Kuteb, Chamba and Ichen are among the minority tribes that make up Jukun -which means people or a conglomerate of ethnic groups.
The Tiv however, are not part of Jukun, despite their co-existence and intermarriages with the Jukun for centuries.
The  Chamba/Kuteb crisis followed a disagreement between the two closely tied ethnic groups over land ownership in Jenuwa Kogi, Byeri and Fete communities.
Witnesses said the problem, a communal issue, got out of hand when more people from both tribes joined in the quarrel.
“Soon, the quarrel resulted into physical combat. The fight turned bloody as many people joined in. Some persons were shot and killed with riffles, others wounded. Several homes were razed,” our source said.
Over 100 persons were reportedly feared killed in the violence between the Tiv and Ichen ethnic groups of Donga local government area of the state last week.
The Chairman of Ichen Cultural Association in the State, Samuel Ahmed Bibinu, said he lost  20 persons in the violence between his people and the Tiv.
Chairman of Tiv Cultural and Social Association, Goodman Dahida, alleged over 80 Tiv persons were massacred by the Ichen militia in Maraban Donga, Ananum and other Tiv villages.
An escalation of hostilities saw many more people dead in Zaga community of Bali local government area, where the Chamba speaking people also unsheathed their swords and joined the war.

The Caretaker Chairman of Bali local government council, Musa Mahmud, told newsmen that in Bali alone eight residents were killed in the renewed crisis.
Properties estimated at millions have been reportedly destroyed.
Thousands of people from all the warring groups have been displaced, it was learnt.

Villages destroyed include: Fete, Tampa and Pyeri, Pasoki, Gidan Adamu, Gankwe Bariki, Suntai Donga, Zambana, Sanso, Kwassa Sarki, Kwassa Sabo, Dadin Kowa, Baka Koshi, Maraban Donga and Ananum, among others.
The Caretaker Chairman of Bali local government council, Musa Mahmud, was on Monday seen in Government House Jalingo submitting report of the crisis in his council.
All the caretaker chairmen of the affected councils are expected to submit security reports of the crisis in their domains, The Nation learnt.