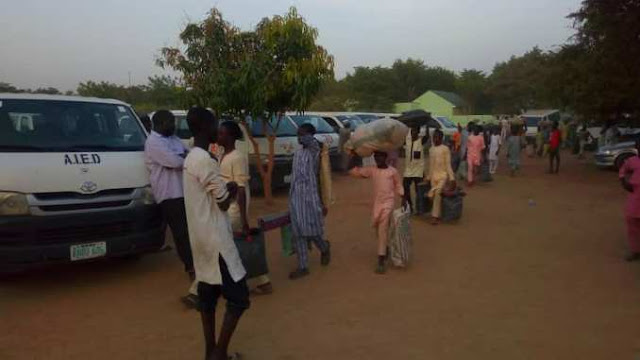 The Taraba state government has found Mrs Talatu Idris, the Covid-19 positive patient who escaped from the state isolation centre.

The Chairman of the Taraba state Covid-19 Technical Committee, Dr Innocent Vakai, who made this known while briefing newsman in Jalingo did not disclose how she was found.
Vakai also said that the state government has rejected 100 students of Islamic studies (almajiris) repatriated from Nasarawa due to flouting of procedure as agreed by Northern Governor’s Forum.
He recalled that the Northern Governor’s Forum (NGF) resolved that any repatriated almajiris must under go test to determine their status, and that they must be accompanied by officials from their state of repatriation and the results of their tests be presented to their state of origin.
Vakai, who is also the Commissioner for Health in the state maintained that proper documentation must be made for the almajiris to be accepted in the state.
He said that the state had not started repatriation of it’s own almajiris to their state of origin.
He also said the government was in collaboration with the NGF to procure mobile testing kits, adding that such would enhance capacity to conduct test on many people in the state.