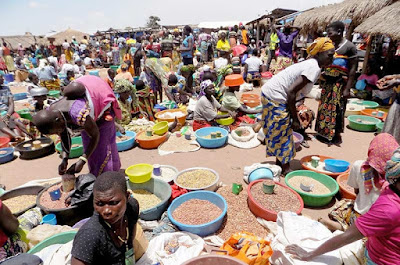 There is a noticeable reduction in the prices of foodstuff in rural areas of Taraba State, DAILY TRUST  gathered on Saturday.

Daily Trust findings revealed that a 100kg bag of old stock maize is now sold at between N13,000 and N15,000 across rural areas of the state.

It was learnt that farmers have flooded markets with new maize but there were only a few buyers, a development that forced prices down.

Other foodstuffs affected include yams, cassava, beans and groundnuts.

A big tuber of yams sold at N1,000 two weeks ago now goes for N500 at Kassa, Pantisawa, Monkin and Famanga markets.

A farmer, Alhaji Ali Maihula, told our reporter that the bumper harvest being recorded by farmers was responsible for the crash. He said the prices were even lower in areas with difficult terrains.