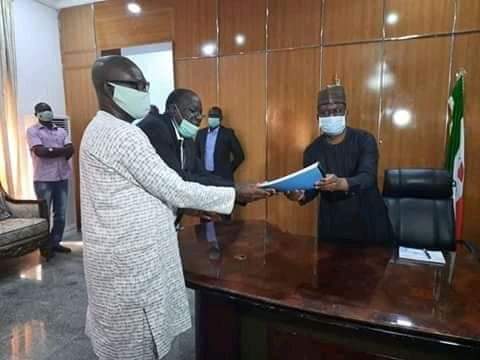 The committee saddled with the responsibility to come up with findings towards lasting solution between the Jukun/Tiv crisis, was today presented to the Taraba state Governor, Arc. Darius Ishaku.
It was observed that part of the report which also happened to be an update of an existing one, was received by Governor Ishaku’s Deputy, Engr. Haruna Manu.
Representing Governor Ishaku, Engr. Manu commended the committee for a job well done and promised to immediately channel it to his boss for onward implementation for peace to be restored in the region.