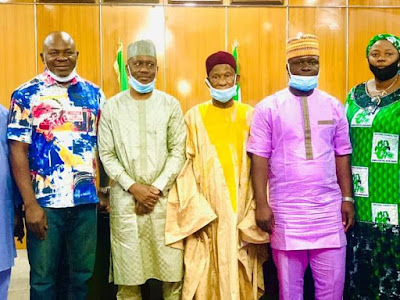 This is to inform his Excellency and Tarabans that, sequel to NYCN defaulting the National Youth Policy and the Constitution of the Association; CAC has cancelled and withdrawn its licence giving to NYCN due to equitable reason.

We the concern citizens of Nigeria and good indigenes of Taraba under the tutelage of His Excellency the rescue captain are calling his attention to quickly withdraw the inclusion of NYCN chair and replace him with NYO chair in the commission of inquiry that were recently sworn in.

The rescue captain does not need any wisdom to know that NYCN Taraba state chairman Udi Adamu has  mens rea with reference to the rescue Captain's comment  that " the State Government carefully considered and selected the Members of the Commission who are without doubt men of high repute and integrity".

Sir it's with no doubt Udi's act is a actus reus which is in contrast with your good intend of selecting men of high repute and integrity. In respect to the status quo, we are therefore, calling NYCN Taraba state chair Udi Adamu to stop parading himself as the representative of the good youths of our dear state Taraba, unless if not the smorgasbord of thugs and hooligans, and also quickly called on him to recognize NYO as the only substantive organization representating the youths of Taraba with strong and a transparent networking across all the 36 states with Fct as the headquarter.