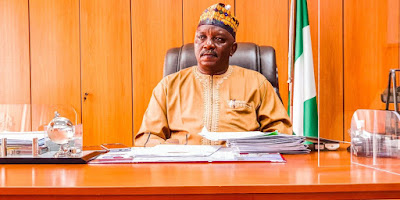 The Senate Committee on Power has faulted what it said was about 20 proposed power projects in Lau Local Government Area of Taraba State.

Lau is the local government of the current minister of power, Mamman Saleh.

The panel raised the concerns on Wednesday during the budget defense of the Rural Electrification Agency.

In the agency’s 2021 proposed budget, the panel said it identified 20 rural electrification projects between N20 million to N52 million. It also pointed that only one of the projects for 2021 in the entire South-South geopolitical zone was proposed to be cited in Delta State, Punch Newspaper reports.

Yusuf Yusuf, a member of the panel, was the first to notice the discrepancies in the agency’s proposed budget – which he said was filled with uneven distribution of mini-grid power projects for rural communities, alleging that many of them were concentrated in the minister’s LGA.