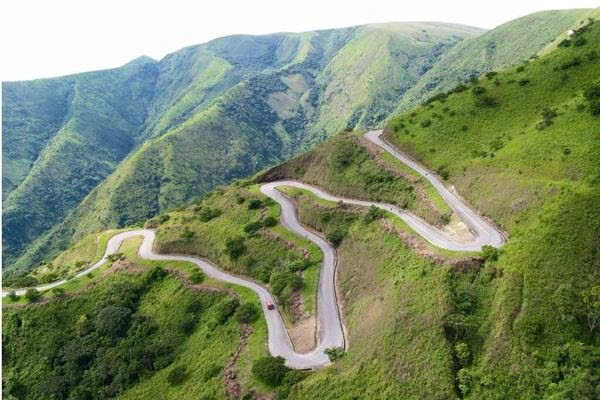 GEMBU is a town found on the Mambilla plateau in Taraba State of Nigeria. It is the headquarters of Sardauna Local Government Area (formerly “Mambilla”) in Taraba state.
GEMBU, the name of the ancient Mambilla town of Bommi, was taken from the name of a former monarch of the town known as ‘Gelmvu’. The area is blessed with abundant natural resources and good climatic weather, conducive for living. It also has tourist attractions like the Mountains, the contour lines, the spurs, the Nigeria Beverages Production Company Limited, the Barup Dam and the Tunga Dam, among many others. The temperature of the area is moderate and mostly cool, with mild or no heat depending on the seasons. Animals like Cow, Sheep, Goat, Buffalo, and many others are found there. The area is dominated by ethnic groups such as the Mambilla, Kaka, Fulani, Kambu and Panso. There are two main religions practised in Gembu, which are Christainity and Islam, though some people still practise the traditional system of worship remotely.
LOCATION
The town is found on the Mambilla Plateau, in the Mambilla region, South-eastern part of Taraba state, close to the border separating Nigeria and Cameroon. Gembu is located in the north central part of Taraba State, and shares a common boundary with Gashaka Local Government Area. It also shares International boundary with the Republic of Cameroon. Its geographical coordinates are: 6o 42’ 0”N, 11o 16’ 0”E. Sitting at an average elevation of about 1,348 meters (4,423 ft) above sea level, it is among the high elevated towns in Nigeria. 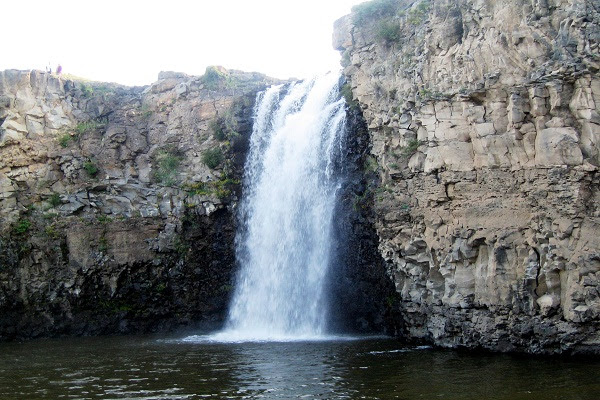 HISTORY
This Mambilla region is famous in African history and some authors who traced the history have said that the people inhabiting the Mambilla Region represent the Bantu tribe who remained after the great split and Bantu expansion across Africa which began in 1500 BC. The Mambilla Region is believed to be the Bantu Homeland.
By far the most significant factor in African pre-history is the ethnogenesis and spread of the Bantu-speaking peoples associated with the Mambilla Region of the Nigeria-Cameroon borderlands (the Mambillobantu Region) in West Africa. The Bantu expansion, which many authorities believe to have begun from this region between 2000 and 1500 B.C, led to the ramification of over one-third of Africa by the same category of Africans, the Bantus, covering some twenty-eight African countries today. Most of the people existing in the central and southern Nigeria-Cameroon border, southern Cameroon, central, eastern and southern Africa today are a result of the Bantu expansion from the Mambilla Region or the result of a fusion between the Bantu migrants and Nilo-Saharans (as in a few communities in East Africa) or Bantu and Pygmies (as in some communities in central Africa). One in every three Africans today is Bantoid. The Mambilla Region itself was not totally evacuated and the area is still occupied by the Macro-Bantu-speaking Mambilloid people who represent the remnants of that great African expansion.
THE PEOPLE
Originally, the only inhabitants of Bommi were the ‘Bom-bo’ or Tungbo Clan of the Mambilla. They constitute the true Bommi people. The Bommi are the central group of the wide Tungbo which include the Mbubo, Ngebo (from Lenge to as far northwest as Tumbuà, Jimau, Nasò, Ngùng, Yénájù Plain, Furrmi, etc.), Gulkal, Mverip, Kwubo, and their Saan Cradle from which point they all expanded. Today, Bommi Town (Gembu), being the headquarters of a Local Government Area, has attracted a population diverse in ethnic makeup, which has resulted in the town taking a cosmopolitan shape. People coming from different parts of Nigeria have made the town their home. Cameroonian immigrants can also be found in the town. The local government area, known as “Mambilla” throughout its ancient and contemporary history, was renamed “Sardauna” by the then Col Jega, related to the “Sardauna of Sokoto”, Ahmadu Bello, when he came as Military Governor of former Gongola State in 1976. This misnomer was quashed in the Second Republic (1979 – 1983) and the ancient name of “Mambilla” was restored. However, on his second coming in 1984,Jega arbitrarily re-imposed the name of his ‘Uncle’, “Sardauna”, on this Local Government Area (previously known as “Mambilla Landschaft”, “Mambilla District”, “Mambilla Native Authority”, “Mambilla Local Authority”). Jega imposed the misnomer of “Sardauna” notwithstanding that it was unhistorical.
The Mambila people make up the highest single ethnic group population in the town, followed by the Kaka, and then the Fulanis, the cattle rearers of the plateau. The Mambilla people, the denizens of this Plateau, are thought to have been in this region for the past five millennia. On the other hand, the first Kaka (Yamba) arrived the Plateau in “early German times” while the first isolated grazing visits by the Fulani nomads were in the 1920s. According to Percival (1938), No Fulani settled on the Mambilla Plateau until after British occupation”. It is estimated that 85% of the Mambilla Plateau is composed of the Mambilla Group and these number over 500,000 worldwide ‘Mambilla Summit”, 2004. There are in addition, several minor groups, mainly business men from other parts of Nigeria and Cameroon, who can be found doing business in the Mambilla Plateau, such as the Igbos, Hausas, Bansos, Kambus, etc.
ACCESSIBILITY
Although in the past, roads leading to Bommi Town (Gembu) on the Mambilla Plateau were poorly maintained and travelling to the town from other parts of Nigeria was difficult, the transport problems improved radically with the construction of the Mambilla Highway linking the plateau to the lowlands west and north of it. Moreover, the road works begun by the Taraba State Government in 2012 has added a greater prospect of ease of communication with the rest of Nigeria.
CLIMATE AND RAINFALL
Gembu town has a comparatively cold climate. The recorded mean air temperature for the town stands at 21.1 °C (70 °F). Daytime temperatures hardly exceed 25 °C (77.0 °F) and a temperature minimum of 11 °C (51.8 °F) is recorded during the mid- rainy season in August .
The rainy season in Gembu town is associated with frequent and heavy rainfall. The Mambilla Plateau receives over 1850 millimetres of rainfall annually.
DEVELOPMENT
In terms of infrastructural development, this historic town has not been given the desired attention. There are sights of bad roads with potholes and craters in most parts of the town. The area also lacks social amenities like pipe borne water and electricity. Many people know Gembu for tourism due to the environmental resources it is endowed with, as well as tea farming, but these potentials have not been harnessed to impart the economic life of the residents and the country as a whole. The words of one recent visitor to Mambilla Plateau sums it all up. He said: “Nobody has done anything whatsoever to tap into the billion-dollar tourism potentials of such a natural wonder gifted to Nigeria. There was no electricity, though the residents told us that contracts to install a dam and turbine on the lake we saw climbing up had been awarded several times with nothing to show.”