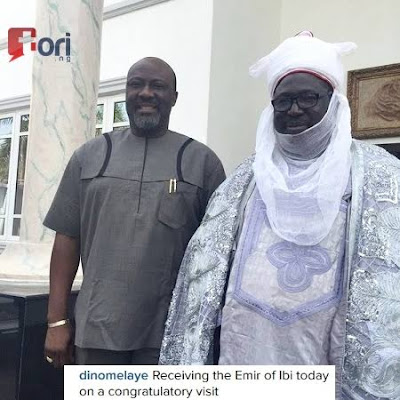 The paramount ruler of Ibi local government area of Taraba State, Alhaji Abubakar Salihu Bawuro II has thrown his weight behind the administration of Governor Darius Dickson Ishaku and his re-election in 2019 general elections.
Bawuro, who stated this yesterday in Jalingo while speaking to journalists said Ishaku’s performance since assumption of office three years ago  had been impressive and heartwarming.

He stressed that the achievements of the governor endeared him to his people, which necessitated their support for his reelection.
He added that Governor Ishaku’s administration has impacted positively on the lives of his subjects, stressing that he has demonstrated that he has the vision and the capacity to continue with the business of governance in the state.
He explained that Governor Ishaku’s administration has initiated projects and programmes that have direct bearing on the masses.
According to him, the administration of Governor Ishaku has recorded landmark achievements in security, health, education, agriculture, road construction, industrialisation, solid mineral development, youth and women empowerment and rural electrification, among others.
-Leadership