Tension in Jalingo as more Youth die in gang fights5 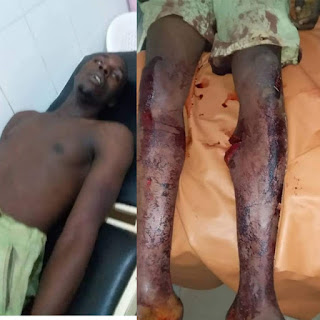 There is tension in Jalingo, Taraba state capital following killing of a gang leader on Saturday night.
The gang leader whose name is yet to be identified, was killed near Jalingo main market Saturday night by Youth suspected to be from a rival gang.

Daily Trust gathered that the unidentified leader was alleged to have brandished knives and other weapons in the night threatening to kill members of a rival group.
He was said to have been overpowered by youth from the rival gang and stabbed with knife severally, leading to his death.s

His members, it was further gathered, trooped out in their hundreds with dangerous weapons in a retaliation mission Sunday morning.
The gangs sacked the entire main market area, forcing residents to flee.
The market and all the shops around the market was hurriedly closed while resident went in doors.
Daily Trust gathered that the gangs were allegedly backed by some politicians and each time they were arrested, the politicians allegedly secured their release.
In the last few months, over 15 youths were killed in gang fights, with Mayo Gwoi, Sabon gari, Tudun Wada and Yama Salle areas recording high number of casualties.
When contacted, the Police Public Relation Officer, Taraba police command, ASP David Misal confirmed the latest incident, adding that detachment of police was sent to the main market area to restore peace.
He said several members of the gangs were arrested and charged to court.