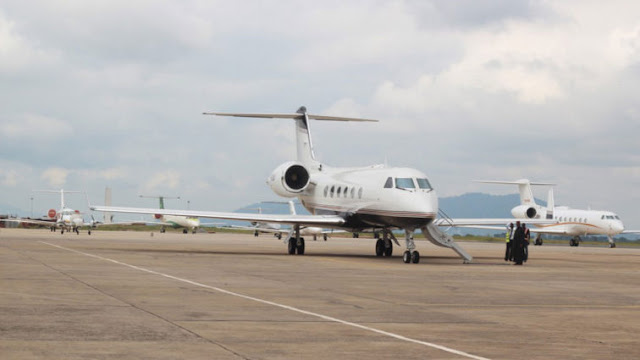 The Taraba State Governor Darius Ishaku is set to convert the Danbaba Suntai Airport to an international airport, based on cargo lifting.
Governor, Ishaku stated this when he inspected the ongoing routine maintenance work at the airport which led to its closure on November 4, 2018, and reopening November 16, 2018.
He reiterated the desire of his administration to get a dedicated flight which will help in the haulage of the state’s greenhouse produce alongside other food products from the state to boost its economy. The decision according to the Governor followed the killing of the drivers conveying the State’s greenhouse produce to Lagos, Port Harcourt Abuja and other parts of the country by armed robbers.
He said hopes should not be dashed on the commencement of flights by Taraba Airlines as it has been finally registered, after three years of judicial struggle on its authenticity and usage, pointing out that the state government may consider leasing the Taraba airlines out.