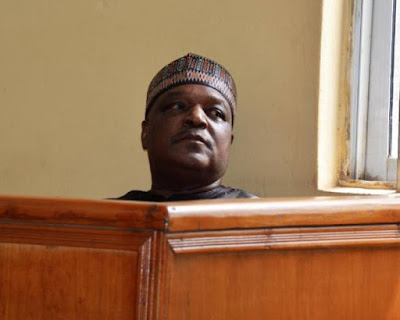 The Court of Appeal has held that the May 30 conviction of ex-Taraba State Governor, Reverend Jolly Nyame was justified in view of the gravity of the offence he committed.
FORMER PLATEAU STATE GOVERNOR, JOSHUA DARIYE sentence was also reduced from 14 10 years.

The court, in a unanimous judgment of three man panel, reduced his 14 years sentence to 12 years and proceeded to impose fines estimated at about N600 million.
Nyame was convicted and sentenced in a judgment given on May 30 this year by Justice Adebukola Banjoko of the High Court of the FCT, Abuja.
He was convicted on offences of criminal misappropriation, criminal breach of trust, receiving gratification, among others, estimated at N1.64billion
Details later…