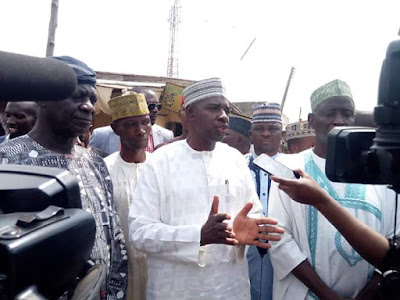 The Executive Chairman Jalingo Local Government Hon. Abdulnasir Bobboji was in some part of Barade ward, specifically Garu Road (behind main market) and A.A Kassa road to condole and commensurate with the victims of youth thuggerism that occurred last Sunday. 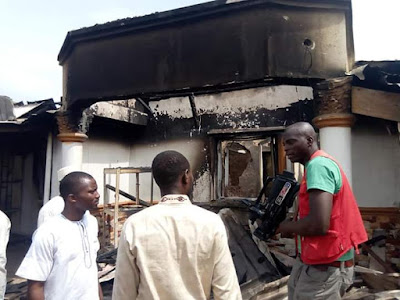 Briefing the press after the inspection of damages made, the Chairman frown at the rate at which the menace has become order of the day and urge parents, religious and community leaders to brace up to challenge as Government cannot do it alone 'Security is everybody's business, all hands must be on deck'.

The Chairman was accompanied by some security chiefs of the LG, the Vice Chairman, the Council Leader, some Councillors, the Chairman Traders Union among others.

In their separate response the victims Alh. Bashir Abba and Alh. Sanusi Abba Namnai, appreciated the Chairman for the visit, and thanks the security men for their effort and urge the Government to do more in tackling the activist of these miscreants in our societies.

- SA to The Chairman