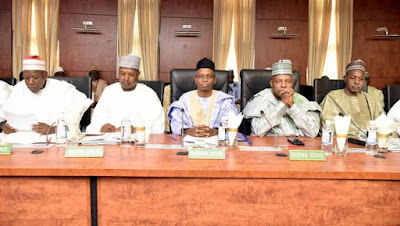 Facts have emerged that northern states allocated more funds to education than their southern counterparts in the 2018 fiscal year in their bid to improve enrolment and provide adequate infrastructure in primary, secondary and tertiary schools.

Figures gleaned from the budgetary allocations of the 32 states of the federation covered in this report showed that the trailblazers in fund allocation and disbursement to the sector in the outgoing year are Sokoto and Gombe states. While Sokoto voted 31 per cent of its total budget for education to top the chart, Gombe allocated 30 per cent of the 2018 appropriations to the sector to occupy the second position.

Remarkably, Sokoto and Gombe were the only states in Nigeria that not only met but exceeded the United Nations Educational, Scientific and Cultural Organisation’s (UNESCO’s) international benchmark of 26 per cent budget allocation to education.

The only state in the south that came close to meeting the UNESCO benchmark is Ogun State which allocated 23 per cent of its 2018 budget to education.

Just like Sokoto and Gombe states, Ogun State also disbursed a chunk of the allocation to various capital and recurrent expenditure.

On the flip side, Taraba State occupied the rear among northern states by allocating the least figure of five per cent of its budget during the period under review. Akwa Ibom State shared the same position among southern states, voting only two per cent of its 2018 budget for education.

These striking and in some cases appalling figures were unearthed by LEADERSHIP in a nationwide investigation of the funding of education at the state level during the year.


To clinch the top position, Sokoto allocated N67billion, or 31 per cent of its N220.5billion, to education while Gombe came second by setting aside N31.46billion, or 30 per cent of its N104.96billion appropriation, for the sector.
LEADERSHIP recalls that in the national budget, the federal government allocated only seven per cent, or N102.907billion of the current budget, to education.


Although, Ogun did not meet the UNESCO benchmark, it led the South West region by allocating 23 per cent, or N79.24billion of its N345.4bn budget, to education.
Other top ranking states are Katsina and Nasarawa which allocated 20 per cent, or N42.4billion of N213billion and N13.37billion of the N122billion budget respectively to education.


Bauchi came next with 19 per cent (N31.5billion) of N168billion; Borno followed with 16 per cent (N27billion) of N170.27billion; Kaduna voted 15 per cent (N33billion) of its N216.5billion while Jigawa allocated 13 per cent (N17.7billion) of its N138.6billion budget to education.
The mega states: Lagos, Kano and Rivers fall into the 10 and 12 per cent categories. The three states earned the status from their huge internally-generated revenue (IGR), federal allocation and high student/pupil density.
Lagos, with the highest budget of N1.04trillion in the country, allocated 12 per cent (N126.3billion) while Niger, Rivers and Zamfara states voted 10 per cent – N13.37billion of N128billion, N50billion of  N510billion and N13.32billion of N130.7billion respectively.
Kano and Yobe also allocated 10 per cent of their budgets of N233.8billion (N21billion) and N92.2billion (N7.9billion) respectively, while Plateau voted eight per cent of its N145.4billion (N11billion).


Those at the rear are Imo, Kwara and Bayelsa which allocated seven per cent of their budgets of N190billion (N13.5billion), N190billion (N12.63billion), and N295billion (N22billion) while Anambra, Enugu and Delta voted six per cent of N167billion (N9.5billion), N105.1billion (N6.24billion) and N298billion (N18billion) for education.
The allocations for Benue, Cross River, Ebonyi, and Kebbi states were not available at the time of filing this report.
Meanwhile, most of the states contacted by LEADERSHIP on their actual disbursement for the year spoke only about their releases for capital projects.
The Niger State government said that it had so far expended N3.89 billion in its schools to bring infrastructure and other learning facilities to standard.

On the recurrent expenditure, Madugu said that N1billion was paid for internal and external examinations, “that is WAEC, NBAIS, NABTEB and BESCE.”


She added that the government still owes N480 million balance for examination fees under its free education policy.
Madugu disclosed that the state’s Universal Basic Education Board also secured a facility of N2.1 billion for 10,000 teachers to motivate them. Capital projects designed for tertiary education in the state valued at over N1.6 billion have been stalled by lack of funds. Sixteen of such projects were included in the 2018 budget.


The commissioner for tertiary education, Alhaji Baba Adamu, said that only three projects in the 2018 budget had attained between 20 per cent and 82 per cent completion with less than two months to the end of the year.
Adamu said that nine other projects designed for execution in the year were yet to take off
In Borno State, of the N27billion allocated to education, the infrastructure and management of secondary school education received N12.6 billion, N10.3billion for tertiary education, while N4.4 billion went for the State Universal Basic Education Board (SUBEB) programmes.
In Adamawa State, stakeholders criticised the state government for not releasing details of sectoral allocations to Ministries, Departments and Agencies (MDAs) in the 2018 budget.


The state governor, Muhammadu Jibrilla Bindow, allocated N50billion of the N162.7billion budget to the education sector.
There are no details on how much was disbursed to the sector from the budget.
In Rivers State, efforts to get the amount released so far to the education sector through the State Ministry of Education and the Rivers State Post-Primary Schools Board were futile.
When LEADERSHIP visited the ministry and the board offices, the officials said that only the commissioner for education and the permanent secretary could give such details.
Several calls and text messages sent to the commissioner, Dr. Tamunosisi Gogo-Jaja, got no response at the time this report was filed.


The N126.302billion voted for education was shared for personnel costs, construction, rehabilitation and procurement of office furniture for secondary schools in the 57 local government areas and local council development areas.
In the budget, N2billion was earmarked for mandatory capacity building programmes for teachers in public (primary and secondary) schools; procurement and installation of ICT facilities in secondary schools; construction/rehabilitation of primary schools in the councils, and construction/rehabilitation of infrastructure all the state tertiary institutions.
In Ekiti State, the immediate past governor of the state, Mr. Ayodele Fayose, voted N511.375million for the Ministry of Education, Science and Technology. There are no details on the amount disbursed to the sector during the year.


The education sector got the lion share of N79.246 billion in Ogun State. When contacted of the funding level, the commissioner for education, Mrs. Modupe Mujota, said that she was in a meeting and could not respond immediately.
She requested for a text message to enable her respond to the matter, but at the time of filing this report, she was yet to respond to the inquiry.
Of the N179.2billion budgeted by the Osun State government, N20.05 billion was allocated to the education sector. There were also no details on the releases by the state government.