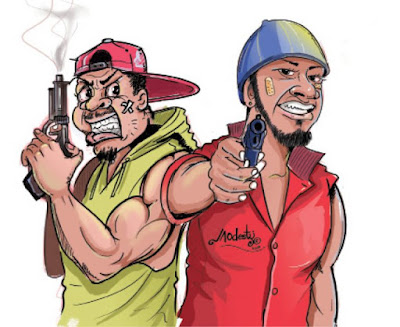 The Intelligence Response Teams (IRT) from Force Headquarters  have arrested one  Fuski Angulu, suspected to be another kidnap kingpin  from Takum LGA of  Taraba State.

A very reliable police source disclosed  to Daily Trust in confidence that Fuski Angulu who was alleged to be behind most of the cases of kidnapping and armed robbery in Takum, Donga and Wukari in Southern Taraba  axis was arrested in Takum and taken to Abuja following a tipoff.

The police source further hinted  that upon interrogation, Fuski mentioned one Idi Shaidan, a member of his gang, based in Jalingo who also  mentioned the names of a former Special Adviser to the Government of Taraba on Millennium Development Goals (MDGs) Alhaji Salejo Damburan and  a serving councillor in Jalingo LGA Shagari Umar.

According to the police source, Damburam, Shagari and Sunday Kona were subsequently arrested and interrogated by the IRT police team and their houses searched.

PIt was further revealed that Alhaji Salejo Damburam and Alhaji Shagari Umar were released on bail while Idi Shaidan, Sunday Kona  and other members of ldi Shaitan  gang were taken to Force Headquarters in Abuja. The police source further   revealed  that a Toyota Hilux and 406 Peugeot belonging to Damburam and Shagari including a Hummer Bus alleged to be the operational vehicle of Fuski Angulu were conveyed to the Force Headquarters Abuja by members of the IRT team. Speaking to journalists in Jalingo on Friday, the former Special Adviser on MDGs Salejo Damburan denied allegations of involvement in any criminal activities. He confirmed his arrest by the members of IRT but said he was released two hours  later after giving a written statement. According to Danburam he knew Idi Shaidan as one of the boys who have been terrorising his house and his water company in Jalingo. He disclosed that he had reported Idi Shaidan to the Directorate of State Service (DSS) and the Special Anti-Robbery Squad (SARS) in Jalingo severally adding that Idi had vowed to implicate him.