Prices of Foodstuffs crash in Taraba 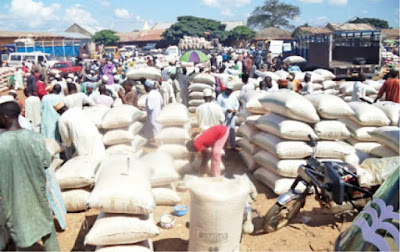 The survey conducted in four major produce markets in the state revealed that prices of farm produce crashed as a result of bumper harvest recorded by farmers.

At Mutumbiiyu, Iware, Garba-Chede and Maihula produce markets, our reporter saw thousands of bags of harvested farm produce brought for sale by farmers to the Markets.

A farmer, Mallam Bello Maigari, told our reporter that farmers had witnessed a bumper harvest, a development that led to crash of prices of farm produce across the state.