UNICEF: 34,000 children may die of malnutrition in Taraba 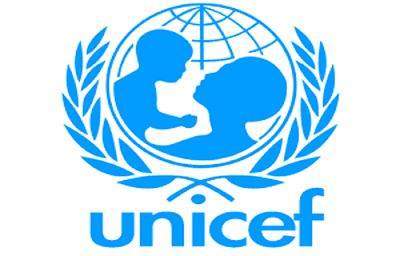 The United Nations Children Fund (UNICEF) has said that more than 34,000 children in Taraba State may die of severe acute malnutrition, if serious measures are not taken to immediately save the situation.
Bhanu Pathak, Chief of Field Office, UNICEF Nigeria, Bauchi Field Office, raised the alarm during a courtesy call on Governor Darius Ishaku, in Jalingo.
“Currently, Taraba State has an estimated 34,419 severe acute malnutrition cases.
“With no health facility providing treatment, these children will be at risk of dying if the government does not intervene appropriately and timely.
“Many children who might survive malnutrition in early life are condemned to permanent physical and intellectual disabilities in later life; thus productivity of the future leaders of the state will be adversely affected,” the UNICEF chief observed.
Pathak also said that more than 75,000 children under five years were yet to be fully immunised from polio and other child killer diseases and urged the state government to step up actions to address the issues.
“UNICEF is also worried that over 75,000 children in the state are not yet fully immunised while over 500,000 children of school age are out of school.
“This is further complicated because of the insurgency in the region, which has turned Taraba to a home for most of the people fleeing.
“The internal wrangling has also added to the problem.
“We therefore urge the state government to step up actions to address these challenges,” he said.
While commending the governor for his commitment to the improvement of health and quality education for children in the state and for attending to the plight of internally displaced persons (IDPs), Pathak said there was so much that still needed to be done and pleaded for more commitment from the state government.
In his remarks, Governor Ishaku said the state was “immensely grateful to UNICEF for the various interventions in key areas of education, health, nutrition, child protection and Water, Sanitation and Hygiene (WASH).
Ishaku added that the state government had made tremendous efforts and had recorded great success in the provision of health services, education and the general well-being of mothers and children, but was overwhelmed by the challenges posed by IDPs.
“We have done remarkably well and have recorded great improvement in the provision of quality education and health care services to the people.
“But we have challenges and we need your assistance to deal with the plight of IDPs and the refugees we have coming in from Cameroon.
“I have directed that they should be properly taken care of, but we need more assistance to address some of these issues.
“We had hoped to have all our children in school by now, but the crisis has affected our plans,” he said.