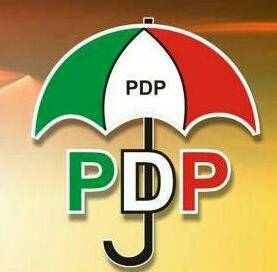 Mr Victor Kona, Chairman of Peoples Democratic Party in Taraba State, has urged youths not to allow themselves to be used as instruments of violence by elites.
Kona gave the advice on Sunday at the swearing-in of National Officials of Jukun-Kona Youths Development Association in Jalingo.
He noted that youths were generally involved in all kinds of violent crimes, stressing that the practice was inimical to society’s interest.
The party chairman also urged the Jukun-Kona youths to avoid consumption of illicit drugs and to continue to organise themselves properly for future leadership in every sphere of social endeavour.
He commended the Jukun-Kona youths for establishing a structure to serve as a voice for the entire Jukun-Kona community.
He pledged to support the youths to ensure that their voice is heard in government and to enable them to benefit from government programmes.
Earlier, Rev. Fr. Cyriacus Kamai, Protem Chairman of the youths urged the new officials of the association to redeem the image of the Jukun-Kona youths.
Kamai, who was the brain behind the formation of the association, urged the youths not to tolerate any of their members who choose to get involved in crisis or acts that would bring disrepute to the community.
He urged the association to cooperate with community leaders to clean and address the negative reputation associated with the Kona people.
The clergy gave the new executive assurance of his spiritual and moral support to enable the youths to actualise their goals.
“I am urging our newly sworn-in executive to redeem the bad image associated with our people.
“A lot of people have been using our name to cause trouble. I charge you to clean up all the negative reports on our youths.
“We are tired of negative stereotype and we want positive reports on Kona people; but you must be steadfast to achieve this task.
“You must develop a mechanism for sanctioning those deviants, especially those who are engaged in drug abuse.
“Many criminals take advantage of our lack of organisation to do criminality and go unchecked,’’ he said.
Kamai also debunked reports that Jukun-Kona youths were involved in cattle rustling.
He said that the community had arrested cows on their farms and handed them over to the police who mediated and released to the owners upon payment of compensation for the crops they destroyed.
In his remarks, Mr Joseph Bonaventure, newly sworn-in president of the association urged the youths to conduct themselves in manners that would promote the good culture and image of the entire Jukun-Kona people.
Bonaventure pledged to ensure an all-inclusive leadership and deliver on his assignment.
(NAN)