Jukun/Tiv Crisis: We are not settlers in Taraba — Tiv 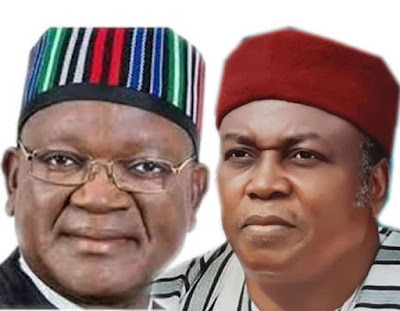 The leader of the Tiv Taraba Peoples Association,  David Uchiv,  on Friday insisted  Tiv  were  not settlers, but indigenes  of  Taraba State.
Uchiv said this in an interview with our correspondent.

According to the  politician,  it  is  only  the Jukun who want to be mischievous that are saying  Tiv are settlers in the state.

“Tiv have been in what  is today Taraba State long before  Chamba people met them in 1830 in today’s  Donga Local Government Area of Taraba.
“Politically, our participation in the former Wukari federation dates back to 1959 when Charles  Gaza was elected to the House of Representatives to represent Wukari federation under UMBC (United Middle Belt Congress).
“In 1979,  David Mtuem and  Simon Awua represented Matar Fada and Rafin Kada under  the NPN (National Party of Nigeria). While David Gbaaondo was elected to represent Takum/Donga federal constituency, and Tsetim Gwakyaa of  the NPN replaced Gbaaondo before the military took over power.”

Uchiv said contrary to reports, the violent  clashes  between  Tiv and Jukun had nothing to do with kidnapping, boundary issue or banditry as being alleged.
He said  the age-long crisis had  been on  since 1959,  calling  on President Muhammadu Buhari to critically look into the crisis with a view to finding a lasting solution to it.
He said, “The solution to this crisis lies within, but it appears Governor  (Darius) Ishaku is not capable of solving the problem and this is a good  reason the Federal Government must intervene.”