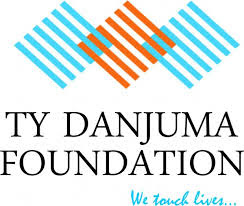 With worsening humanitarian crisis taking its toll on Internally Displaced Persons IDPs and others in Taraba State, the T Y Danjuma foundation, a non- governmental organization, has committed over N 1.4 billion to humanitarian services in the state.

The state coordinator of the foundation Emmanuel Ishaku, disclosed this on Friday while interacting with journalist at the foundation’s office in Jalingo.
Ishaku disclosed that the services which revolve around health and education, had contributed immensely to combating neglected tropical diseases with focus on maternal and child health, the blind and teacher’s training, with over 40,000 beneficiaries across the 16 local government areas of the state.
“In Taraba, we have spent over N1.4 billion and that represents over 50 percent of the foundation intervention in terms of funds.


“Because Taraba is the home state of the  founder, Gen. T Y Danjuma (rtd), we saw the need for the foundation to establish an office in Taraba; the Taraba office is called Taraba community fund. It is a scheme that targets major organisations that are based in Taraba.
“Taraba community fund was established in 2011 and so far, the scheme has reached 15 local governments areas of the state with over 40,000   beneficiaries while the foundation itself has reached all the 16 local government areas. We have done over 45 projects from 2011 to date and we have funded over 30 community- based organizations.


“In the area of health, the foundation is combating neglected tropical diseases focusing on preventing blindness with the signature project ‘vision for brighter future.’ Again we have maternal and child health title ‘healthy mother, healthy child’; we are also providing health centres to under-served communities.
“In the area of education, the foundation is focusing on improving quality of teachers,” Ishaku said.
Our correspondent reports that Taraba State is home to thousands of IDPs from the crisis in the state and those who came in from other insurgency-ravaged states in the country.