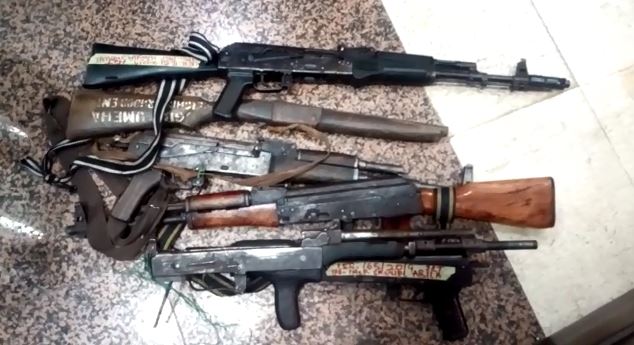 The Federal High Court sitting in Abuja presided by Justice Binta Muritala- Nyako had admitted six AK47 rifles as evidence against Hamisu Bala also Known as Wadume and 6th others on charges of alleged terrorism and kidnapping.
At the resumed trial the prosecution called it 6th witness, one Inspector Habila Samuel, a police officer attached with the Intelligence ResponseTeam, Force Headquarters.
The witness gave his findings from the investigation of what transpired in Ibi, Taraba State on August 6th, 2019 when soldiers allegedly shot at the police vehicle conveying the arrested Wadume, killing three operatives and two civilians.
6 AK47 rifles were recovered from the defendants during the cause of the. investigation.
The prosecuting counsel tendered the guns as evidence, which was admitted by the court.