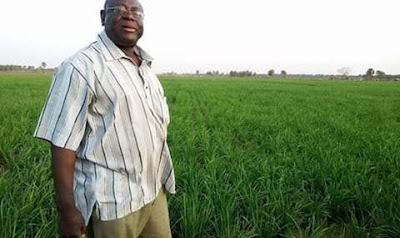 Former senator, representing Taraba North in the National Assembly, Senator Zik Sunday has regained his freedom.
Sunday was released from his abductors in the early hours of Thursday in Awai, Nasarawa State at about 1:20 am, a source revealed.
The source, an immediate relative to the ex-Senator who pleaded anonymity said, N20m was paid as ransom the abductors before his release.
Recalled that the police public relations officer, Taraba Command, DSP David Misal, confirmed the kidnapping of Sen. Zik Sunday on Monday 6 July 2020 while briefing newsmen at the Command’s headquarters in Jalingo.
However, the 75 years old former Senator Zik Sunday is confirmed to be in good health and has been reunited with his family.
Meanwhile, the PPRO, DSP David Misal is yet to reply to a message sent to him regarding the release of the former Senator, at the time of filing this report.
BLUE PRINT REPORT