STATUS OF THE FEDERAL UNIVERSITY OF AGRICULTURE JALINGO. 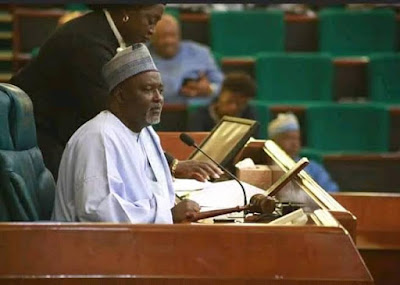 Statement from Hon. Aminu Malle, former Memeber of the House Reps and Chief of Staff to Deputy Speaker of the House of Representatives
Alhamdulillah. Slowly but surely by the grace of God we will get there some day. The bill for the establishment of FEDERAL UNIVERSITY OF AGRICULTURE JALINGO has once again scaled through its third reading at the green chamber of our Parliament.
For clarity to those who do not understand
the parliamentary procedure of making a Bill in to law, I ll like to first of all explain.
One of the most important functions of Parliament is LAW MAKING. Parliament exercise their power to make laws through BILLS. Bill, as relates to law making, is “a draft of a PROPOSED law PRESENTED to parliament for DISCUSSION”.
Section 58(1) of the constitution says ;
“The power of the National Assembly to make laws shall be exercised by bills passed by both the Senate and the House of Representatives and except as otherwise provided for by subsection (5) of this section, assented to by the president.”
For a Bill to become law, it must pass some stages. These stages are First Reading (first time announcement of the title of the Bill by the Clerk) and Second Reading (debate and approval). After this, the Bill goes to Committee Stage, then to Committee of the Whole where New Clauses may be introduced and considered. After this, the Bill goes to Report Stage, then to the Third Reading. After this, a Clean copy of the Bill is made and sent to the Senate which passes it if agreeable to them. If otherwise, a Conference Committee is set up to iron out the differences. Then a Conference Report is produced and presented to both Houses. If both Houses agree with the contents of the Conference Report, Bill is sent to the president for Assent. If he assents, it is then Printed as an Act and then Enrolled at the Supreme Court.
If the president vetoes the Bill, it is either discarded at the Assembly or procedure for Bills commences afresh and the president’s veto is overridden by two thirds majority of both Houses and the assent (signature) of the president is dispensed with.
The Bill then becomes an Act or law. Note
that there is a major difference between an un-assented Bill in the Senate and in the House of Representatives. If a Bill that originates in the Senate is passed by both chambers of the National Assembly and sent to the president for assent but the president neither assented nor veto the Bill up till the end of the tenure of the National Assembly, that Bills dies and have to be started de novou (all over again) by the next Senate.
But by the provision of Order 18 of the Standing Orders of the House of Representatives, the situation is different. If a Bill that originates from the House is passed by both chambers and sent to the president for assent is neither vetoed nor assented by the president and the tenure of the House expires, the member that originates the Bill or any other member in the next House would move a Motion for the Bill to be continued at Second Reading stage and considered by the Committee of the Whole, and passed.
While an un-assented Bill that originated from the Senate dies with the end of tenure of the Senate from where it originated, in the House of Representatives, such un-assented Bill can be continued under ‘Assembly to Assembly’ rule Order 18 of the House’s Standing Orders. It will interest you to note that the bill which I sponsored in the 8th Assembly scaled through all the stages of reading and was transmitted to the senate for concurrence but unfortunately that did not happen up to the end of the assembly and therefore have to be represented by any member since I am not fortunate to be part of the assembly.
My friend Hon. Abubakar Fulata from Jigawa state who incidentally is the chairman House Committee on rules and business accepted my request to represent the Bill in the 9th assembly which fortunately today, it has passed the 3rd reading stage and will be immediately transmitted to the
senate for concurrence.
I am already in touch with Senator Shuaibu Isa Lau who agreed to finish the remaining job in the senate which we hope will be transmitted to Mr President for his accent before the year runs out.
The show of love exhibited to Mr president during his 2nd term campaign in Taraba particularly Jalingo is overwhelming that I believe he is still thinking of how best he can reciprocate that gesture. I believe with this, Mr President will be very ashamed to see such request from our people and turned away his eyes. I urge all well meaning people of Taraba to join hands in prayers for the actualization of this giant stride. May God almighty make it easier and real for us. Thank you all.
Hon. Aminu Ibrahim Malle. PhD.
Chief of Staff to the deputy speaker House of representative.