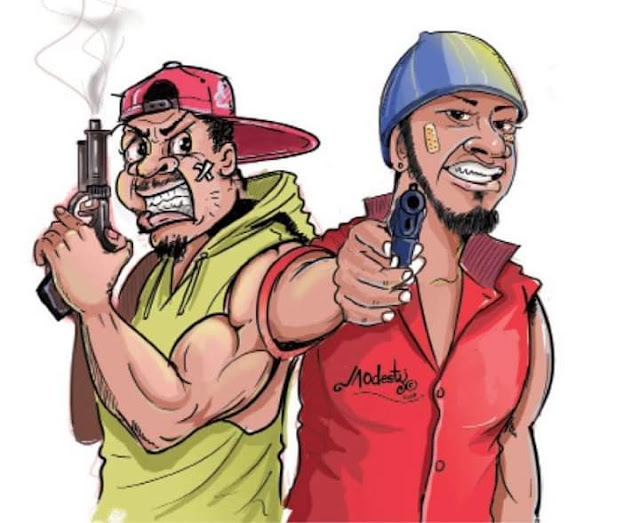 Two members of vigilante group lost their lives during a gun battle with persons suspected to be kidnappers in a thick forest of Mutumbiyu area of Gassol local government area of Taraba state.

Four other members of the vigilante sustained gun shot wounds during the battle.

The dead victims were identified as Gambo Suleiman Gurowa and Ibrahim Usman Makurna.

Daily Trust gathered that the vigilante went into the forest at Kintau, between Gunduma and Gurowa to rescue one Mary Maituwo who was abducted in Mutumbiyu town and taken to the forest by the kidnappers.

The vigilante who rode on motorcycles were said have sighted Mary chained under big tree at the foot of a mountain in Kintau Forrest. Unknown to the vigilante, a member of the kidnapping gang had seen them preparing the rescue plan and had passed the information to his gang members.

The kidnappers chained Mary Maituwo on the foot of the mountain as trap as they went up the mountain and waited for the vigilante.

Daily Trust further gathered that the vigilante on sighting the woman quickly stopped and tried to free the her. The kidnappers who already took position at the hiding place open fire on the vigilante and killed two of them instantly and also wounded four others.

The leader of vigilante, one Dankilti ordered his group to withdraw after realizing they could not subdue the kidnappers who had more superior arms. The wounded were taken to Mutumbiyu general hospital for treatment while ransom was paid for the release of Mary Maituwo.

The Spoke person of Taraba police command DSP David Misal said the police had not received report of the incident yet. Related