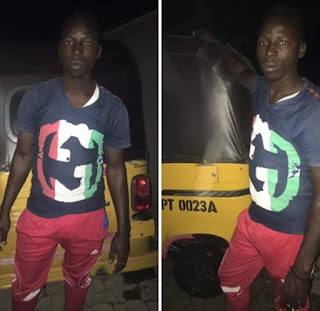 Usman said he got N200 as tip to buy recharge card after returning N1,150,000 he found in his tricycle

A commercial tricycle rider, identified as Usman, has caused a fuss on Twitter after he returned the sum of N1,150,000 he found in his tricycle.

According to a post by @Hassanpullo, Usman got a tip of N200 from the owner of the money for his kind gesture.
The incidence occurred in Jalingo, Taraba state.

In a video interview uploaded with regards to the incident, Usman explained that he traced the owner of the money through a bank teller he found along with the cash.

The good Samaritan who spoke in Hausa language further disclosed that he confirmed the man he handed the money to was the real owner and the passenger he had carried before handing the money to him.

"He counted the money after I handed it over to him and hugged me. He then gave me N200 to buy recharge card, i thanked him then I left," he said.

According to him the owner of the cash is an Igbo Businessman who runs his business in the northeastern state.