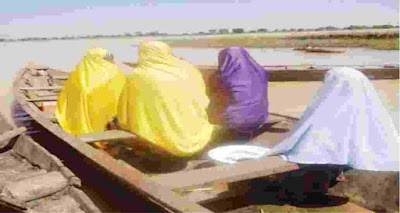 Taraba state branch of National water transport union has called on federal and Taraba state government to subsidize the cost of life jackets to improve safety in inland water ways in the state.
The Acting chairman of the union in the state, Mallam Njidda Suleiman made the appeal during an interview with North East Trust at Mayo- Reniwo.
He said lack of life jackets to be used by passengers   in the boats was posing great dangers to both passengers and owners of boats.
According to   him, the life jackets cost between N11, 000 and N12, 000 per one and therefore difficult for an owner a boat transporting 200 persons to have adequate number of the jackets.
The Acting Chairman explained that since most owners of the boats could not afford to buy the required number of the jackets they tended to put the lives of their passengers at risk.

He said the union has more than 32 branches in areas along River Benue, River Taraba, River Donga and Katsina – Ala River adding that more 500,000 people travel on inland water ways in the state annually.

Mallam Njidda Suleimen stated further the state government should subsidize the cost of the life jackets in order to make the facility available to water transporters in the state.

He said   the union has over 20,000 members across the state that rely on water transport as their main source of income and also pay taxes to Taraba, Federal and local governments.