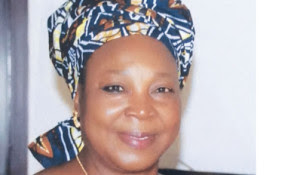 Speaking in Jalingo at the first anniversary of his wife’s pet project, the governor said the project would be included in the state’s annual budget, starting from 2019.

He  lamented the high level of drug abuse among the youth  in the state , adding that the Hope Health and Rehabilitation Centre had  a number of youths engaged in drug abuse.

The governor’s wife, Ana, appealed to the people of the state and beyond to support the foundation morally and financially.