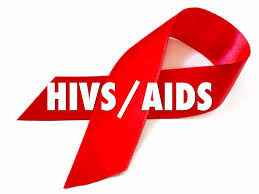 As part of activities to mark this year’s World AIDS Day (WAD), the Taraba AIDS Control Agency (TACA), has embarked on free HIV/AIDS  testing and counselling in the most remotest parts of the state to curb the high prevalence of the menace in the state.
Taraba State currently ranks second in terms of prevalence of the epidemic in the country at the rate of 10.5 per cent, more than the country prevalence rate and next to Cross River State.
Director General of TACA, Alhaji Abba Sale Ibrahim, who discloses this at a joint press conference, in Jalingo, between the agency and Civil Society for HIV/AIDS in Nigeria (CISHAN), told journalists that while the agency continues to focus attention on the urban areas, it was imperative to reach out to the remote areas where the level of awareness was very low and most people had no access to medical centres where they could run the test to determine their statuses.
“As part of our activities yo mark this Year’s World AIDS DAY, we have decides to take the campaign beyond the city walls to even the most remote parts of the state.

“The aim is to ensure that we do not only sensitise the people on preventive measures but we also provide free counseling and testing so that they will know their status and take the appropriate measures”, Ibrahim said.
The state’s Coordinator of Civil Society for HIV/AIDS in Nigeria (CISHAN), Mr. Samuel Tarri, who said that HIV remains a major threat to the state, also called for the removal of all forms of fees for treatment of people living with the HIV/AIDS so that they can access the services without hindrance.
Tarri called on the state government to “create an enabling environment for donor agencies who may want to partner with the state to come in by reconstituting the board of TACA and providing budgetary allocation for HIV/AIDS activities in the state”.
-SUN