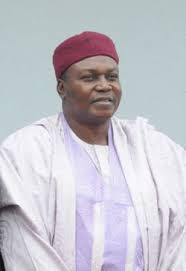 The Taraba State Governor, Mr Darius Ishaku, on Saturday, said his administration was planning to start the construction of small electricity dams to boost power supply in the state.
Ishaku said this at the Exco Chamber of the Taraba State Government House, Jalingo, after he was conferred with an award of the Electricity Governor of the Year by the Yola Electricity Distribution Company.
“We are considering a plan to develop small dams to complement the power supply in the state.
“The experiment in the Tungwa dam, which is supplying electricity to our Highland Tea at Kakara, is an eye-opener and we will replicate it in other communities to empower our people and check rural-urban drift,” he said.
The governor, who expressed joy with the award, commended the YEDC for recognising his efforts at improving electricity supply in the state.
He said his administration would continue to inject substantial amount of government revenue into improving power supply in the state, adding that without electricity, there would be no modernity.
Ishaku appealed to the YEDC to extend its services to other areas in the state yet to be connected to the national grid to boost the economy of the state.
The acting Managing Director of the YEDC, Mr Baba Mustapha, said the desire of Ishaku to ensure that every part of the state enjoyed steady power supply started since when he was the minister of state for power.
According to him, the governor has pushed for the upgrade of the KVA line connecting Jalingo and working tirelessly for the completion of the Kashimbila power project.
He pledgedthat metering of customers would commence in the state in January, saying the YEDC had completed arrangements for easy distribution of meters to customers.
The Business Manager, YEDC, Jalingo Business Unit, Mr. Rufus Hanawa, said the governor had, in the past three years, provided six injection substations and 22 transformers in the state which had justified the conferment of the firm’s highest award on him.
Awards were also conferred on 40 customers for their loyalty to the YEDC.