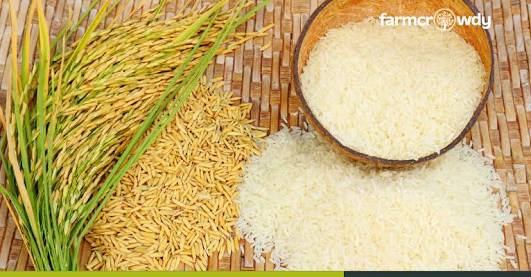 • As farmers call for intervention from state govt

Farmers in Taraba State have taken maximum advantage of the closure of land borders to rev up production of rice and other crops, soaring high with the emergence of paddy pyramids that have attracted commendation both from the private and public sectors.

When the Federal Government decided to the borders policy across the country, little did the people of the state know that such a move would be beneficial to them by inducing demand for businesses and produce that suffered low demand and patronage before the policy implementation.

Rice farmers in Taraba State were frustrated due to the proximity of the state to Cameroon. Smugglers not only took advantage of the porous routes to smuggle rice, but also maximized smuggling of clothes, other farm produce, and poultry products into the country through the state, making the locally produced foods and produce uncompetitive, and in the process sabotaging the economy.

The foods and farm products are home were uncompetitive with the smuggled products in the sense that duty and tariffs were avoided, making the smuggled foods cheaper than the locally produced ones.

Again, production cost at home was, and is still aggravated by the poor power supply, low farmers’ productivity per hectare, post-harvest losses and poor storage facilities.
However, the reverse is now the case as the farmers smile to the bank daily, reaping fruits of their labour as a result of border policy-induced demand, improved varieties of rice seeds, use of fertilizer and other agro-chemicals facilitated through the Anchor Borrowers’ scheme of the Central bank of Nigeria (CBN).

Small-scale rice farmers, under the umbrella of the Rice Farmers Association of Nigeria (RIFAN), The Guardian learned, had been making positive use of the farming inputs, production technologies and market links obtained from the CBN’s scheme through their association.
The success of the policy manifested recently when a pyramid of paddies was displayed in Jalingo, the state capital, by the farmers during the inauguration of sale of paddies to rice processors in the country.
Farmers claimed that though the state government seemed not to have extended needed helping hands to them, the state chapter of RIFAN had been facilitating empowerment for several rice farmers in the state under the Anchor Borrowers’ scheme.
The state acting chairman of RIFAN, Mr Tanko Bobbo Andaman, who said that “Taraba State is really nature’s gift to the nation,” told The Guardian that “what you are seeing is neither groundnut nor a cotton pyramid, but a rice pyramid.” And according to him, it was the “first of its kind in the history of this nation.”
They expressed optimism that the association could do more if properly equipped with seeds, agrochemicals, fertiliser, and mechanisation equipment because the state “is blessed with arable land, bodies of water both surface and underground as well as energetic people who are willing to work and earn a living,” Andamin said.
He added that RIFAN “is really implementing, executing and strengthening the nerves and veins of President Mohammadu Buhari-led government’s policies on the national economy, job creation, and food security.”

The recent sale inauguration of the paddies to rice processors in the country, he stated, would go a long way in making rice affordable the common man, and would further reduce the pressure of the exchange rate on Nigeria’s currency.

The state chairman, who was of the view that the effort of the government, through the CBN, was supporting the “downtrodden farmers through the RIFAN/CBN ABP model in accessing pre-requisite farm inputs to boost their yields and improve the economic base.”

He disclosed that “with the shortest period of our participation in RIFAN activities in the state, we have about 32,000 to 35,000 bags of paddies in our tertiary aggregation and hundreds more in our secondary aggregation centers both as mandatory equity contributions and recovery from our existing beneficiaries in Wukari, Gassol, Karim-Lamido and other local government councils of the state.”

About 60-70% of paddies produced in the state are supplied to other states in the country for rice production, according to him, expressing sadness that “yet our contributions to the national economy and food security are unnoticed.”

Although optimistic that RIFAN Taraba would lead the entire country in rice production, he said lack of tractors for farmers, irrigation facilities, poor inputs to farmers, lack of integrated rice mills to harness all the value chain in rice production, among others, are some of the obstacles hampering rice farming and its value chain development in the state.

Accepting the fact that the closure of the land borders is of great importance “to our members and also local farmers in Nigeria, as it boosts local production and increases income of locals,” the RIFAN chairman in Wukari Local Government council, Mr Daniel Ishaya Gani, lamented that there is no integrated rice processing facility in the state.

He described the inability of the state government to come to the aid of rice farmers as one of the reasons rice processing factories are not springing up in the state.

He said: “If major investors like the Ishaka Rabiu are here in Taraba and not only buying our paddies, it will be better. It is pathetic. Perhaps, they (the state government) don’t know the advantage of supporting the RIFAN in the state.”

Elated by what he saw, the national president of the association, Alhaji Aminu Goronyo, said the economic diversification efforts of the President Buhari-led government had begun to yield positive results, especially in the areas of rice production.

While expressing satisfaction over the present commitment to developing the agricultural sector, he called on the various state governments to key into the project by giving support to rice farmers, saying, it had become necessary for the economic development of the country.

According to him, “I must say that I am overwhelmed by what I have seen here today. It is, indeed, clear that the efforts of the government are already yielding huge positive results, especially in the area of rice production.”
Affirming that Taraba State “is the home of rice and has the capacity to supply most of the rice needed for self-sufficiency in this country,” he said the state alone could feed the whole of Nigeria if supported.
Gani who said each of the bags weigh 70kg Each of the paddy rice which weighs 70kg between 35 000 to 40 000 bags has collected from farmers as padding, anchor borrower is the unity bank.

Some of the farmers who spoke to The Guardian did not only agreed that the closure of the land boarders was indeed a blessing to them, but also that RIFAN in the state had facilitated making farming easier for them. Hence, they added, there is the need for the state government to wake up from its slumber and support the farmers for job creation and rice security.
Advertisement.