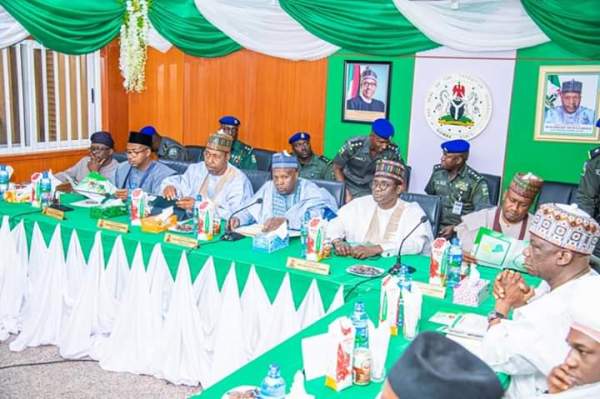 The North East Governors have agreed to set up regional power generation by supporting Mambilla Power Project to ensure the economic advancement of the region.

The Governor of Gombe State Inuwa Yahaya disclosed this at a Northeast Governors Consultative meeting in Gombe State Government House.
Inuwa Yahaya said this was part of the resolve of the governors to address the challenges facing the region.

According to him, the governors have agreed to harness the Agricultural potentials of the zone with a view to ensure food security not only in the region but in the country in general.
He said they have also resolved to key into the environmental initiative of the Federal Government in addition to praising the authorities concerned on the ongoing oil exploration in the zone.
The Gombe State Governor said his colleagues who expressed satisfaction with the establishment of the North East Development Commission pledged to provide the necessary support to achieve the desired objectives.

The  Governors appealed to the Commission to ensure its projects were executed based on the basic needs of the beneficiaries so as to overcome their challenges.

On security, he said the Governors have directed State Attorney General in their respective states to work together in order to enhance security in the region.
Governor Inuwa Yahaya said already the Governors have set up technical committee to ensure the full implementation of all the agreements reached at the meeting.

The next meeting of the North East Governors was scheduled to hold on the 15 of April, 2020 in Maiduguri, the capital city of Borno state.

Governor Maimala Buni of Yobe state who delivered the vote of thanks on behalf of the Governors, commended the Governor of Gombe State for hosting the meeting and identified increased activities of insurgents as one of the major challenges facing the region.
Governor of Bauchi State, Senator Bala Abdulkadir Mohammad alongside his colleagues of Adamawa, Yobe, Borno and Gombe states attended the meeting while the Governor of Taraba state was represented by his Deputy.