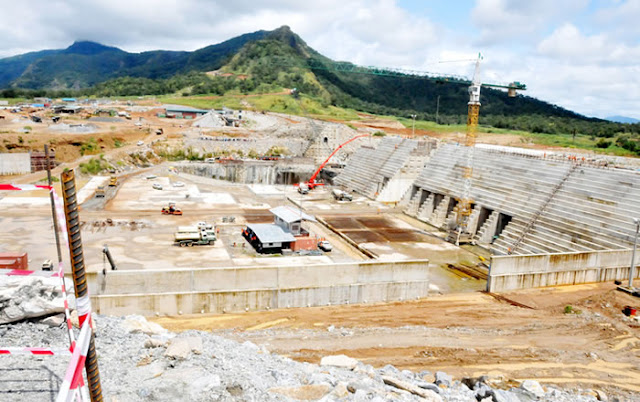 THE Minister of Power, Sale Mamman, has blamed the Taraba state government for delaying the takeoff of work on the Mambilla hydropower project.

The minister, who spoke to The Nation through his spokesman, Aaron Artimas, on the telephone, said the project’s consultant and contractors can only move to the site when the affected people are compensated and relocated.

He said President Muhammadu Buhari has put everything in place to ensure the project is actualised within four years, but the delays by the Taraba state government will impact negatively on the pace of the work. He disclosed that the cheque for the compensation of the host communities was ready but Governor Darius Ishaku was not ready to collect the money. Instead, he said, the governor has brought another proposal requesting additional funds for “public enlightenment and construction of the Mararaba/Baissa Road” which leads to where the main dam will be constructed.

The Nation gathered that Ishaku, during his campaign, had promised to fix the deplorable road from Mararaba to Baissa in Kurmi before the expiration of his tenure. Kurmi, sharing boundary with the Cameroon Republic, is very rich in the production of cocoa, palm oil, timber and other food and commercial crops, but the disrepair of the road, culminating in deathtraps, causes food wastage and grossly hinders productivity and development of the area. Ishaku had promised to reconstruct the road for the federal government to refund the state thereafter. But the Mambilla project now provides an opportunity for him to grab the contract funds upfront for the road project, it was learnt.

Taraba State Commissioner for Power Badina Garba was pretty shy when The Nation called him to speak on the Mambilla dam project. He was to field questions on the contract, list of individuals and communities affected by the Mambilla dam project who are to be compensated and relocated and why the state is reportedly refusing to collect the cheque for the compensation from the Federal Government, among other questions. He promised to “provide the details” but later shied away.

This reporter called Garba nine times in three days. He picked three times and always promised to call back in an hour to have an interface with this reporter. He never called back. He did not respond to a text message urging him to speak on the telephone without necessarily meeting with this reporter.

“We had planned to give money to the Taraba state government since last year. And we set a date when I wrote the letter to the governor (Darius Ishaku). We said we would give them the cheque on December 23. But the governor said he was not going to be around until January 3 this year.

“Now, we are in March. So, you can see that all these delays are caused by the Taraba state government, not the federal government.”

He explained that the Mambilla dam was initially proposed to produce 4000 megawatts, but after a series of surveys and assessments, it was later redesigned to produce 3050 megawatts.
He said: “We have had a series of proposals, based on how the people are assessing the dam. There are a series of dams, of which each dam will be constructed to be storing a lot of water and releasing to the others, for the turbines to work effectively and increase capacity.

“The consultants have done a lot of surveys themselves to determine the volume of water. And that is why, initially it was proposed to have over 4000 megawatts capacity, but after another round of surveys and reassessment, it was discovered that the capacity would not be that high unless certain steps are taken. And those steps, they said, must spread over several years before we can reach the highest capacity. So, we will begin from somewhere, targeting 1.6 thousand megawatts of electricity, while the required steps are being taken, before the capacity can improve itself. It is a series of activities or procedures.

“We are going, to begin with, the dam in Baissa before moving to the other ones. It is envisaged that, before we reach that peak of 3050 megawatts, it will take us at least three to four years.

“It is a big plan for a big project, but we are starting from somewhere before graduating it. Within four years, we shall start sending out power. Even the Kainji Dam, as we speak, is being enlarged and improved on. Sometimes some turbines are removed and replaced. Sometimes you will see the volume of water will be low, sometimes high depending on the general environmental conditions available that year.

“Why we were waiting for the state government to do its part, we had to hold the stakeholders meeting in Abuja, which was even supposed to be held in the state. After the meeting, the state government started requesting more funds, according to them, for public enlightenment and road construction.

“The governor had awarded the contract on the Baissa road, following his campaign promise. But he has now tied the road contract to the Mambilla project so that he can get the funding from there because he knows there is a provision for the construction of that road in the design of the Mambilla hydropower project.

“Now, all these delays from the state government have impacted the pace of the work. Otherwise, by now, we would have finished with surveys and identified beneficiaries. Compensation would have been done as well as the relocation of the affected people. By now, the consultant and contractors would have been at work on the site.

The contractors can only move to the site when there is no issue concerning the land. So, you can see that everything now is in the hands of the state government.

“Once these activities are completed, we shall move to the next stage of compensation.

Because there are individuals, communities or villages, schools and worship centres that are going to be compensated and relocated. And if there are villages and individuals to be moved and relocated to new places, it is the state government that is going to do that. And it is coming out of these surveys.

The intra-ministerial committee has moved to Taraba to do further surveys and follow up on the stakeholders’ meeting.”

The Nation gathered that Governor Darius Ishaku’s prolonged absence from the state, coupled with his health challenge, has also delayed kickoff of work on the Mambilla hydropower dam plan.