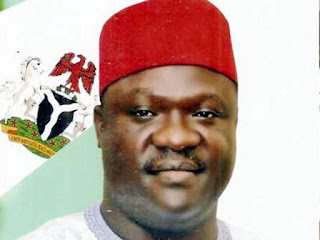 Taraba State Governor, Darius Dickson Ishaku, yesterday, held talks with Muslims and Christian leaders in the state to chart a way forward for peace in the state.
The governor, who met with the religious leaders yesterday in his office in Jalingo urged them to regulate their preachers not to insult anybody’s religion in their messages to their congregation.
Taraba in the last two years has witnessed religious motivated violence in some parts of the state, leaving many dead, property destroyed while thousands fled the state, with many in Internally Displaced Persons’ camps across the state and beyond.
Ishaku said the meeting was imperative because during the campaign he entered into a social contract with the people to give him peace, so that he can provide them development, hence the need to meet with the custodians of peace.
“We have suffered religious crisis too much in this state and that should stop. I grew up not knowing the difference between a Christian and a Muslim.
We could eat and play together. “I plead we should go back to the good old days, embrace peace and accommodate one another and allow everyone to practice the religion of his choice,” he said.
He challenged the adherents of both religions for failing to practice what they profess, saying “the Bible and the Koran instructed us to love our neighbours.
If you believe and love your neighbour, there would be no crisis.” Responding, State Chairman of the Muslim Council, Inuwa Jauro Manu and the Chairman of Christian Association of Nigeria, CAN, Bishop Timothy Yahaya, represented by Rev. Isaiah Magaji, pledge to talk to their members for peace to reign, even as they promised to pray for the governor and the state.