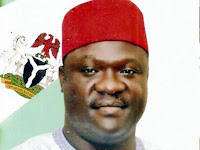 A Storm is brewing! The Political alliance that ushered in the present administration in Taraba may be heading for the rocks, as a result of the perceived wrong doings of the last administration, especially what was widely tagged ‘last minute looting’.

In one of the allegations, the former Ag. Governor and one of the gladiators that played a huge role in the campaign train of the present administrator, was alleged to have ordered for the withdrawal of 1.2 Billion Naira from the accounts of Local Government Pensions Board within the first quarter of this year. A petition in this regard was forwarded to EFCC by the SAVE TARABA GROUP headed by Mr. Jeremiah Ubandoma. This singular act, according to the petitioners was responsible for the non-payment of pensioners in the state.
In another allegation, the former Ag. Governor was accused of diverting the sum of N1.3 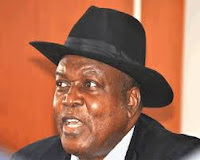 Billion Naira from the account of Taraba State Micro-Finance Bank. The Money was channeled by the Central Bank of Nigeria for onward disbursement as loans to small scale farmers and entrepreneurs in Taraba State. Alh. Sani Abubakar Danladi was also accused of diverting the sum of N100 Million out of N120 Million Naira accrued to the state as payment for rent of state government owned properties in Abuja. The alleged diversion was from the account of Taraba Investment and Properties Limited.
The ‘Save Taraba Group’ in their petition to EFCC also accused the former Ag. Governor of diverting the sum of 2Billion Naira meant for Sure-P Projects in the state. The said amount was fraudulently diverted between November and February this year.
Another group ‘Concerned Taraba Elders Forum’ in their petition to EFCC accused the former Ag. Governor of diverting the sum of N2.3 Billion from the Local Government Sure-P funds, in active connivance with the Permanent Secretary, Bureau for Local Government and Chieftaincy Affairs.
The allegations, though denied by the former Ag. Governor are too numerous in nature. How the state will wither the storm and also get out of this quagmire remained to be seen.