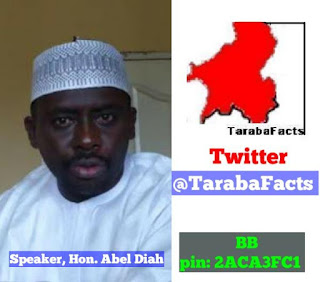 The Taraba State House of Assembly has approved request by the state governor, Darius Ishaku, to appoint 25 special advisers.
The request was made through a communication from the governor to the House which was read  by its clerk, Ismaila  Tentason.
The letter stated that the request was made in line with Section 196 of the 1999 Constitution of Nigeria (as amended).
Contributing to the request, member representing Takum II Constituency, Mark Useni, said the request was constitutional, adding that the governor was considerate in terms of number of appointees requested, given the financial position of the state.
Members unanimously supported the request and Speaker Abel Peter Diah directed the clerk to communicate its resolution to the governor.
Meanwhile, the House has set up a five-man ad hoc committee to look into revenue generation in the state.
John Kizito Bonzena (Zing Constituency) had earlier in a motion raised concern over non-remittance of Pay As You Earn (PAYE) taxes and IGR to government, adding that the new administration must put an end to all leakages.
He said such move will enable the new government to deliver on its campaign promises.
In their contributions, members described the motion as timely and unanimously supported it.
The five-man committee which has Gideon Baraya (Karim Constituency) as chairman is expected to submit its report to the House within three weeks.