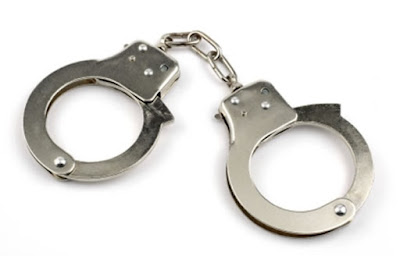 ha Gosol Local Government area of Taraba state in the early hours of Wednesday arrested a militia leader with two AK47 and while the militia leader and one other person (at large) were sporadically shooting within the trouble area.

The locals who witness the arrest of the militia leader while speaking with LEADERSHIP identify him by name as Agbu Dauda who is the chairman of Yam Loaders Association Dan Anacha market.

The eye witnesses revealed that the suspected militia leader alongside his friend went into the Dan Anacha town in a Tiv dominated area at about 1: 45 am and was shooting sporadically with guns, a situation that prompted the attention of the joint taskforce (Operation Ayem Akpatema) to rush to the area.

“The guys who were shooting discovered that we were approaching and they took to their heels, as they were running to toward the northern side, they ran into the hands of the Army, one out of the two was arrested while the other one escaped. a police officer attach to SARS within Dan Anacha disclose this to our correspondent.

“We were together when the Army arrested the militia leader, he was with two AK47 and ammunitions, they tied him and drop him within their camp, am sure they must have taken him to Mutum Biu where their boss is staying. an officer with Nigerian Security and Civil Defence Corp NSCDC disclose this while speaking to LEADERSHIP on phone.

The Care Taker chairman Gasol local government council Hon. Yahuza Yayau while confirming the incident to our correspondent said he was also confirming the authority of the information about the arrest.
“Yes, as I speak with you, am also trying my best to authenticate the genuineness of the information which I called the army, the army confirmed shootings in Dan Anacha last night but could not confirm if anyone was arrested.

“Is not an information I will rush to give out, am also talking to other security agents to confirm what really happen there last night, I will make available the true position of every situation as it happens as soon as the information is at my disposal. the chairman stated.