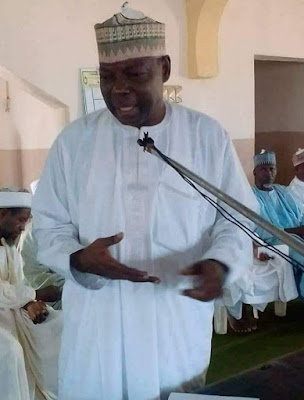 Alhaji Aminu Jika, the former chief of staff to the late Taraba state governor, Danbaba Suntai, who was abducted five days ago has regained his freedom. He was released on Friday night after his family paid N20million ransom.

Aminu Jika, who is also very close to the current state governor, Darius Ishaku, was abducted by unknown gunmen at his Magami resident in Jalingo metropolis around midnight five days ago.

Daily Trust gathered that the abductors used Aminu Jika’s phone and communicated with his family members, demanding N20million ransom. They insisted that the amount must be paid during negotiation with Jika’s family. However, the ransom was deposited at a location in the forest. His younger brother, Nasiru Bobboji, told Daily Trust that Aminu Jika was released midnight shortly after the ransom was deposited. Police spokesman in the state, DSP David Misal, could not be reach for comment as his line was stwiched off when our reporter dialled him.