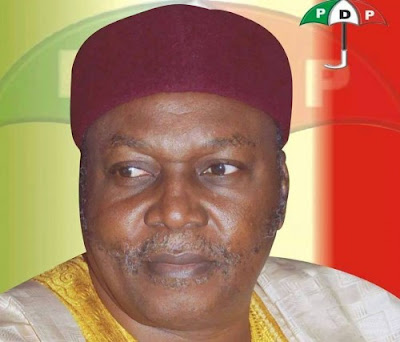 Governor Darius Ishaku of Taraba state has rejected the ranching scheme initiated by the federal government.
The governor has stated unequivocally, that Taraba will not key into any programme that would be carried out by the federal government for herdsmen.
He said already, he has amicably tackled the clashes between herdsmen and farmersù in the state, through the instrumentality of a law prohibiting open grazing.
He said he had noticed that the farmers/herders crisis, which was often bloody, was because of three things: cows, grasses and farm-crops. So, he tackled the menace by enacting a law called ‘Open Grazing Prohibition and Ranches Establishment Law.’
The law, he said, admits ranching but prohibits open grazing and cattle rustling. “What this means is that herders now have to restrict the movement of their cattle so that they don’t stray into farms and munch on crops. It had been practiced in Gembu, Sardauna and it is been replicated in other councils,” he said.
Ishaku told The Nation that, using a template of peace, with the anti-open grazing law in place, he has been able to bring the warring cattle herders and crop farmers together to nurture a symbiotic relationship.
The governor had earlier opposed Cattle Colony and Ruga which were proposed but later suspended by the federal government.
“I have submitted a request to the Central Bank of Nigeria (CBN) for us (Taraba) to be given a loan for us to do the ranching, but the CBN has refused to approve it, for reasons I don’t know.

“Otherwise, I would have showcased what ranching is all about in Taraba state. It is the best form of practice in modern days, if indeed you are talking about cattle, grasses and grazing.
“But I don’t think they (federal government) are talking about cattle; I don’t agree that they are talking about grasses. They are talking of something else: colonisation,” he said.
Also Speaking to The Nation, the governor’s Senior Special Assistant on Media and Publicity, Bala Dan Abu, said “I am surprised that the federal government is still talking about ranching in states when Taraba is already practicing ranching.
“The constitution gives governors authority over lands in their states. Now, Taraba does not have any land to give the federal government for livestock project or any programme for herdsmen.
“We have a law as a solution to farmers/herders crisis, and our ranching in the state is moving on gradually and doing successfully well.”
The youths in Taraba state have described the federal scheme on herders as “a threat to tribes in the state and the nation at large,” adding that Fulani herdsmen troubling the state were aliens tied with a ulterior motive to grab the lands of the original inhabitants.