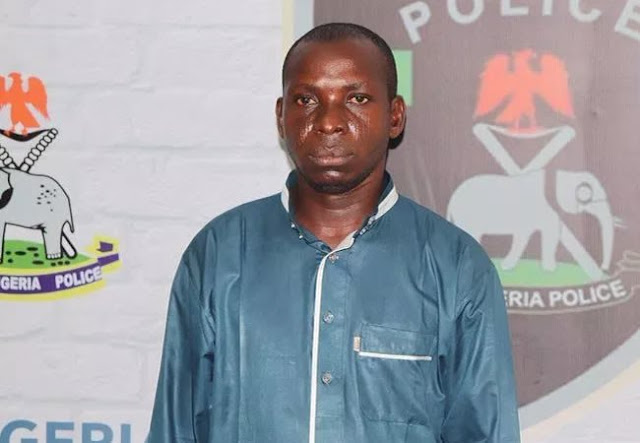 Others in the charge sheet are Uba Bala (aka Uba Belu); Ahmad Suleiman (aka Dan Ball); Bashir Waziri, (aka Baba runs); Zubairu Abdullahi (aka Basho); Hafizu Bala (aka Maiwelder); and Rayyanu Abdul.

The criminal charge dated February 3, 2020, obtained exclusively by our correspondent on Tuesday, was filed by the Assistant Commissioner of Police, Simon Lough; Anthony Egwu, and Peter Amadi, all of the Legal/Prosecution Section, Force Headquarters, Abuja.

This is coming six months after Wadume was allegedly assisted to escape on August 6, 2019, by soldiers attached to Battalion 93, Takum, led by Balarabe. Wadume escaped when the policemen, who arrested him, were attacked by the troops.


Three policemen and two civilians were killed during the incident, while five other police officers were injured.

Our correspondent had, in an exclusive report on Thursday, revealed that criminal charges against the suspects would be filed at the Federal High Court, Abuja, this week.

Count one of the charge read, “That you, Alhaji Hamisu Bala, 33, aka Wadume; Capt. Ahmed Tijjani Balarabe; ASP Aondona Iorbee; Insp. Aliyu Dadje; Auwalu Bala; Uba Bala; Ahmad Suleiman; Bashir Waziri; Zubairu Abdullahi; Rayyanu Abdul and others now at large, between February and April 2019 at Takum and Ibi, Taraba State, within the jurisdiction of this court, while acting in concert, conspired together to commit felony, to wit: acts of terrorism, by attacking and kidnapping one Usman Garba, aka Mayo, at his filling station in Takum, thereby committing an offence contrary to Section 17 of the Terrorism (Prevention) Amendment Act 2013.”


The defendants were also accused of possessing six AK-47 rifles and dealing in prohibited firearms contrary to Section 27 (1)(a)(I) and (1)(b)(iii) of the Firearms Act Cap F28, Laws of the Federation, 2004.
The police stated that the prosecution would rely on the testimonies of 29 eyewitnesses, some of whom would testify on how one Usman Garba was kidnapped on February 16, 2019 at Takum by Wadume and his gang.

They allegedly demanded a N200m ransom and killed the victim despite receiving N106.3m.


“DCP Abba Kyari, CSP Baba Khali, ASP Abdulrahman Mohammed, ASP Bawa James, Insps Habila Samuel and Ilarju Joseph are the investigating police officers in this case; they will testify about their findings in the course of the investigation and will tender exhibits and documents,” the police stated.

Listed as exhibits in the case were the written statements of the defendants, photographs of the victims, autopsy reports, six AK-47 rifles recovered from the gang, three empty shells, one live ammunition and six Volkswagen Sharon buses, and one (police) Toyota Hiace bus, among others.