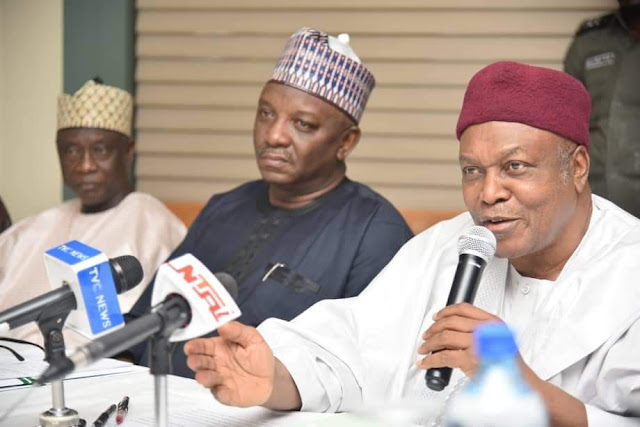 Taraba State Governor, Arc.  Darius Dickson Ishaku has assured the Federal Government of the resolve of the government and' people of Taraba State to work for the speedy implementation of the Mambilla Hydro Electricity project.

The project, a national dream for stable electricity power has remained on the drawing board for more than forty years.

Ishaku,  in his keynote address said today's meeting was the beginning of the sensitization phase which he described as critical to the overall success of the project.

He said the project is huge and will significantly alter the social, economic and cultural lives of members of the host communities. Therefore, the support and cooperation of the people must be sought and secured from the onset
through effective programme of sensitization.

Gov Ishaku also thanked President Muhammadu Buhari for his interest and commitment to the project and urged him to write his name on the sands of history as the Nigerian leader who broke the over 40-year jinx on the project.

He said a project delivery committee on the Mambilla project has been inaugurated as part of his ministry's commitment.