We don’t have criminals in our midst – Taraba mountain community 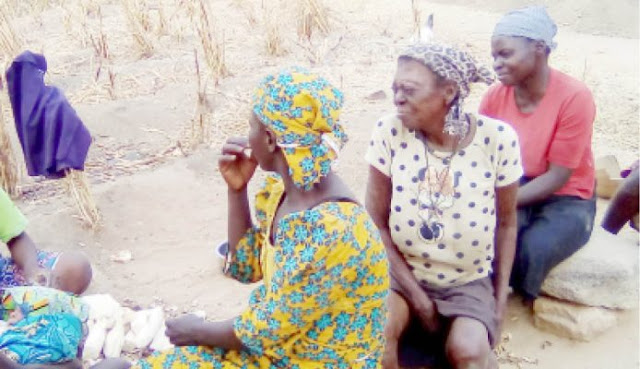 Living on the mountains for more than 100 years, the Mumuye community of Kopozang in Yorro Local government area of Taraba State  remains among those communities that want to jealously protect their heritage.

They have been residing on top of a mountain with an elevation of close to 1200 meters above sea level although their chief resides at the foot of the hills having descended more than 100 years ago.

For North-East Trust, the journey was tortuous but rewarding. It begun with about a two-hour ride on a motorcycle to the foot of Kopozang mountains at Kunzang, which is now a big settlement where our reporter met their traditional chief, Kpanti Kunzang.

The Kpanti Kunzang, Mr Cletus Kosin, told North-East Trust that his forefathers had lived on the top of the mountain for centuries, although many of his people have come down.

On the instruction of the chief, our reporter begun another journey to the top of the hill under the guidance of the chief’s aide, Mashin Yalpawko. The trip, which took two hours to reach the top, was delicate as any mistake could see a person tumbling downhill. It was a large and expansive settlement dotted with thatched huts, farmlands and economic trees

The trip had to be  terminated because reaching the entire settlement  required many hours of climbing. We met a group of elderly and young men under a tree who were drinking local beer ‘ Burukutu’.  A young man, Maken Gwam, who seemed to have been more familiar with activities at the foot of the hill took over the briefing. He explained that members of the community still practice traditional religion and have their shrines all over the settlements. “We live on our own and we only go down the hill to Kunzang  at the foot of the mountain during market days or when we have disputes to settle,’’ he said. Maken also said the community was being run by ward and clan heads who are answerable to  Kpanti Kunzang. He said their main occupations is farming and hunting. He said they use unorthodox means to treat the sick but where the case becomes serious the patient is taken to health facility at the foot of the mountain. “We take the sick on our back to hospital when it becomes difficult to treat by the native doctor,” he said.

Maken further explained that the community does not face any security threat as stealing, adultery and all forms of crimes are strictly forbidden.

He said any young man who wants to get married must first work for five years on the farm of his would be father-in-law. “It is only when he proves that he can work hard to sustain himself and his wife that the marriage is blessed by the parents of the girl and would be asked to bring 15 goats for formal introduction.’’

He said since most of their activities are still governed by their tradition  and culture, it would be difficult for them to come down. The traditional ruler, Kpanti Kunzang, however called on the state government to provide basic amenities to the community.