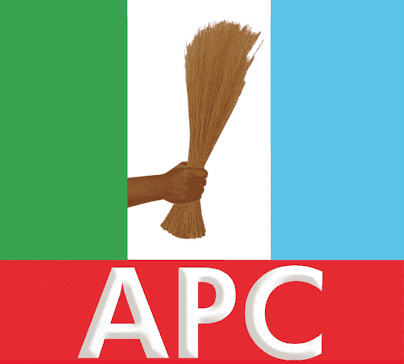 Taraba State chapter of the All Progressives Congress (APC) has urged the state House of Assembly to invoke Section 190 Sub-section 2 of the 1999 Constitution (as amended) and transmit power to the Deputy Governor, Haruna Manu.
This followed the absence of Governor Darius Dickson Ishaku from the state for the past 55 days.
The Guardian learnt that since leaving the state on December 22, 2019, the governor has not returned, a situation that has being raising dusts in the state.
Disturbed by the development, state Chairman of APC, Ibrahim Tukur El-Sudi and the governorship candidate of the party in the last election, Professor Mohammed Sani Yahaya, asked members of the state House of Assembly to do the needful or be compelled to sue Governor Ishaku.
El-Sudi and Yahaya, who made the call while distributing relief materials to Internally Displaced Persons (IDPs) in the state, wondered why the governor decided to leave for the past 55 days without adequate information.
The said National Chairman of the APC, Adams Oshiomhole, made relief materials, which included 1, 200 bags of rice available to the IDPs.
El-Sudi said the absence of the governor from the state since last year has crippled government activities as civil servants have begun to desert their offices, adding that Oshiomhole decided to extend a helping hand to the IDPs to ameliorate their conditions.
Meanwhile, the Centre for Citizens Disabilities (CCD) has lamented that Nigeria was blessed with abundant natural resources, but lacked leaders who are firm in taking decisions, insisting that the country needed leaders with strong political will to change the country’s narrative.
Its Executive Director, David Anyaele, made the assertion while declaring open a 3-Day capacity building workshop for about 200 Persons With Disabilities (PWDs) yesterday in Uyo, Akwa Ibom State.
According to him, the aim of the workshop was to sensitise them on ways of using Freedom of Information (FoI) Act to fight corruption in the country, urging the participants to be focused on the training as it would help them demand for their rights.
He stressed that with the resources in the country, if they were tapped and used judiciously, the country would have no need for oil.
The programme, which was organised by the CCD in partnership with ActionAid, drew participants from the National Association of Persons with Physical Disabilities (NAPPD), National Association of the Deaf, National Association of the Blind and Spinal Cord Injuries Association of Nigeria, among others.
Anyaele said the workshop was to create awareness and build capacity for PWDs to acquire knowledge and confidence to demand accountability from government wherever they find themselves.