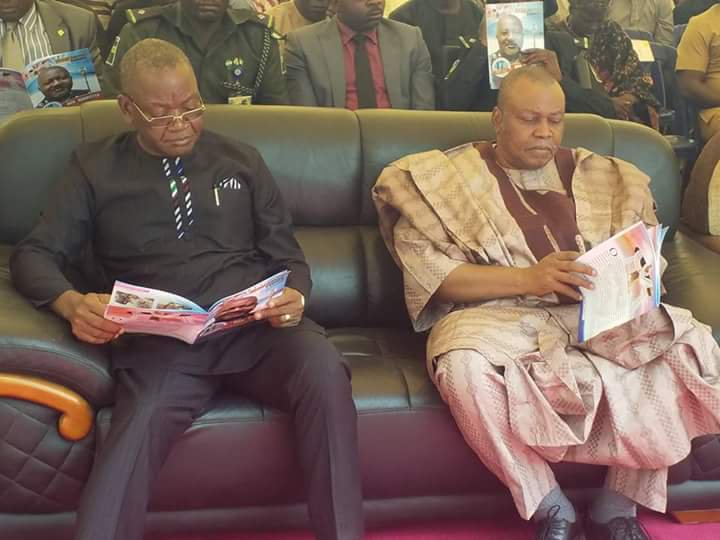 Benue State Governor Samuel Ortom  has   called on the  Tiv and Jukun warring  groups   in the state and Taraba to stop fighting.

Ortom said  this  when he received the  report of   the Commission of Inquiry into Abinsi/Fiidi  Crisis in Makurdi on Wednesday.

He said  he would not allow anyone to create disaffection between Tiv and Jukun in Benue having  lived together for ages.

The governor  said those discovered to  be the masterminds of the clash between  Abinsi and Fiidi would face the wrath of the law.

He said, “Whether you are Jukun or  Tiv in Taraba or  in Benue you must learn to live in peace with one another, because no one has the right to displace any of the tribes whether in Benue or  in Taraba.


“I have met with the Governor of Taraba State, Darius Ishaku, and we have agreed that both Tiv and Jukun must learn to live together in peace and harmony.”

The  Chairman of the commission, Justice Wilfred Kpochi, said they  discovered that the crisis was caused by either chieftaincy or land disputes.
Justice Kpochi said  one of the recommendations was that government should provide a layout and take charge of land matters in the two communities to end the crisis.
Ortom  said the people must be made to strictly follow the law on chieftaincy in installing their traditional  rulers.