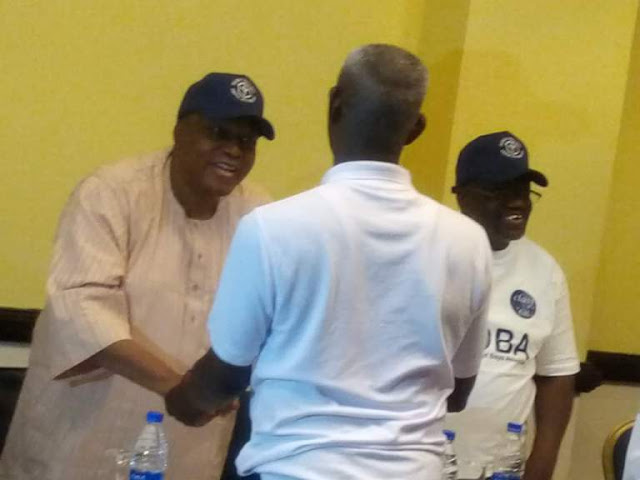 The Governor who was speaking during the inaugural meeting of the Saint Paul Old Boys Association SPOBA Wusasa Zaria, held at the Ladi Kwali Hall,Sheraton Hotel Abuja said the scheme would enable the new Civil Servants to own their personal house before fifteen years of their enlistment.
He attributed lack of housing and effective planning from most retirees as reasons for their failing health emphasizing that the younger ones need to be guided.
Governor Ishaku condemned the spat of corruption eating deep into the fabric of the Nation and assert his resolve to put mechanism in place that would frustrate corruption in all facets of development.
The Governor expressed happiness for the re union of the set of sixty eight of the Saint Paul Secondary School Zaria after fifty two years and advised them to take care of their health and maintain a healthy diet.
He said the culture and norms of the School was what shaping their lives to be better citizens today.
By Joachim Dangana.