One Die In Attempted Kidnap Of Taraba College Provost 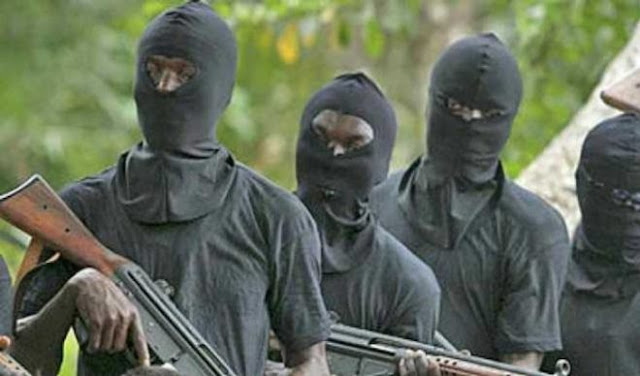 One person has been killed in an attempted kidnap of Mr Mike Jen, the provost College of Education, Zing (COEZING) in Taraba State.

The incident occurred in the early hours of Thursday at the Green Beach area of Jalingo, the state capital.
The kidnappers who came in their number fired several gunshots at the gate of the provost’s house to force their way in.
They, however, met stiff resistance by security operatives, leading to the killing of the gatekeeper of the house.
Superior firepower forced the hoodlums to flee the area through a nearby river.
The slain gatekeeper, Shawulu Yeshi, was a staff of the institution.
His remains have been deposited at the morgue of the Federal Medical Centre in Jalingo.
Some residents of the area narrated how the incident happened to Channels Television during a visit to the scene.
They decided that the police could not intervene despite that an Area Command Headquarters was located a few meters from the scene of the incident.


Two Kidnapped
Meanwhile, two persons have been kidnapped by suspected bandits at the Gulum area, behind the Jolly Nyame Stadium, also in the state capital.
The bandits were also said to have abducted the victims in the early hours of Thursday without any interference from the security agencies.
According to an eyewitness, the bandits came and shot sporadically into the air to scare residents in the area.
“After picking their victims, they took this path leading to the mountain and shot continuously until we could not see them again.


“This is the second time in a week that they are coming to our area and picking up their victims without interruption,” the resident lamented.
He added, “They have not called us to know what they want or why they did what they did.”
The victims were kidnapped three days after Channels Television reported a similar case in the same location where two persons were abducted and whisked away to an unknown destination.
The Police Public Relations Officer in Taraba, David Misal, confirmed all the three cases.
He said the police were on top of the matter, adding that no stone would be left unturned until crime was nipped in the bud in the state.