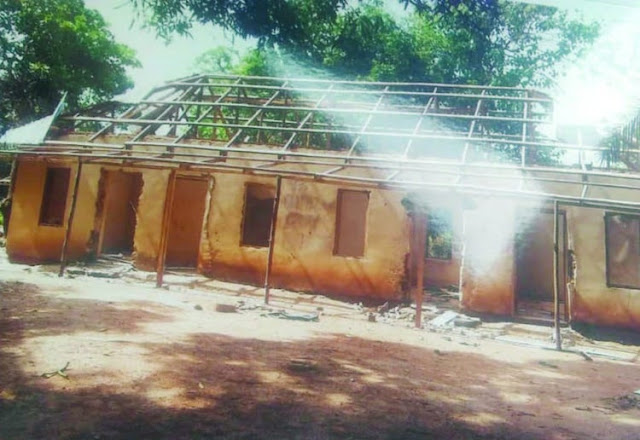 No fewer than two persons were killed and several houses burnt when gunmen suspected to be Jukun militia attacked Ibua village along Wukari-Ibi Road in Ibi Local Government Area on Thursday night.
Residents, who spoke to our correspondent, said the attackers invaded the village about 7:30pm, killing two persons and injuring many others.
One of them, Orhembaga Iaregh, told The PUNCH on the telephone that the attackers invaded the village about 7pm and shot indiscriminately before burning the village.
P
Another eyewitness, Ternu Deior, said he was sitting in front of his house when suddenly he saw armed men trooping into the village from Wukari axis.
“I escaped through the back door and ran to the nearby police check point but there was nobody to report to,” he said.
Taraba State Police Public Relations Officer, ASP. David Misal, who confirmed the attack told The PUNCH that gunmen suspected to be Jukun youths carried out the attack.

“Information available to us indicates that gunmen suspected to be Jukun youths attacked a Tiv village in Ibi LGA and killed two persons.
“Some thatch houses were also burnt in the attack believed to be the lingering crisis between the Jukun and the Tiv in the area.
“The Divisional Police Officer of Ibi is leading a team of police officers on a manhunt of the attackers,” he said.
Governor Darius Ishaku had during a peace meeting in Abuja convened by the Federal Government to end the crisis last September said the crisis was an internal affair of Taraba and pledged to end the crisis which has continued to persist.