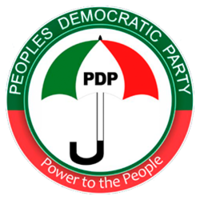 The Taraba State chapter of the People’s Democratic Party on Tuesday said the machinery of government was working ceaselessly despite Governor Darius Ishaku’s absence from the state.

This was contained in a statement signed by the Publicity Secretary of the Party, Alhaji Inuwa Bakari, in Jalingo.
According to the party, the State Executive Council meetings were being held as expected and Ishaku recently held a meeting with the Japanese Ambassador to Nigeria and World Bank’s officials in Abuja.

The statement decried the call by the state chapter of the opposition All Progressives Congress for the state House of Assembly to compel the governor to transmit power to the Deputy Governor, Haruna Manu.

It read in part, “We want to call on the APC in Taraba to stop sowing a seed of discord in the state as well as trying to make issues out of nothing.”
Ishaku was last seen in the state on December 22, 2019, after presenting the 2020 appropriation bill to the state House of Assembly.

Ishaku was said to have travelled out of the country to attend to his health, but has since returned to Abuja.
The state chapter of the APC had expressed worry over the governor’s continuous stay in Abuja.

The party, which said the governor was away from the state for nearly two months, threatened to explore legal means to compel the governor to return home if the lawmakers failed to comply with the necessary constitutional provisions.