Center for peace petitions NEMA over neglect of IDPS in Taraba, Adamawa 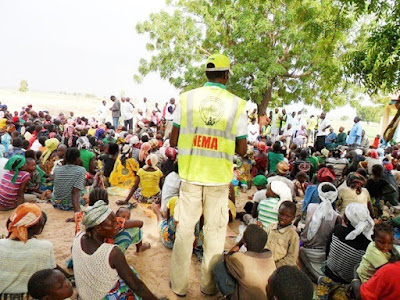 The Center For Peace Education and Community Development (CEPEACECODE), a non-governmental organisation based in Jalingo has petitioned the National Emergency Management Agency (NEMA) over it’s neglect of Internally Displaced Persons (IDPs) in Taraba and Adamawa states.

In a petition signed by the convener of CEPEACECODE Dr Joseph Gimba and addressed to the Director General (DG) of NEMA, Mustapha Maihaja, Gimba alleged that the IDPs in Taraba have not received any support from NEMA for a long time while those on Adamawa last received food items about two months ago and have not received non food items for several months.

Gimba urged the NEMA DG to take urgent steps to address the challenges of the IDPs in line with the mandate of agency for the sake of humanity.

“After a trip to the locations of IDPs in Taraba and Adamawa states and interview with the relevant leaderships of the IDPs and some of the IDPs, we discovered that NEMA is deliberately neglecting IDPs largely due to bureaucratic bottlenecks and lack of concern for their wellbeing.

“In Taraba, the IDPs have been neglected for so long that one wonders if NEMA even exist. Though NEMA is in charge of these camps, all necessary actions as content in the mission of NEMA have been lacking in recent times.

“Base on our findings and interview with the leadership of the IDPs, we pose to write to your good office to take immediate actions on the above actionable areas for the sake of humanity within a reasonable time.

“Our organization will be left with no option but to organised civic action to drum this inhuman neglect.”
Blueprint  reportsl that IDPs in Jalingo recently said they were dying of starvation while some of the children on the camps suffered from severe acute malnutrition.