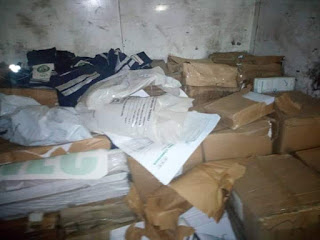 The Police in Taraba State have impounded a vehicle loaded with election materials from Gombe State.

This was confirmed by the Commissioner of Police in Taraba, Alkasim Sanusi, on Wednesday while he was addressing journalists at the headquarters of the Nigeria Police Force in Jalingo, the state capital. 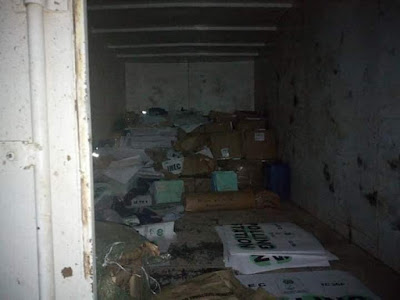 According to him, the vehicle was intercepted by his men who were on stop and search operations at about 7:00 pm on Tuesday along the Jalingo/Gombe road.

He also stated that the driver of the vehicle is now in their custody and after due interrogation, he (the driver) explained that he was instructed to carry the election materials from Gombe to the INEC headquarters in Jalingo. 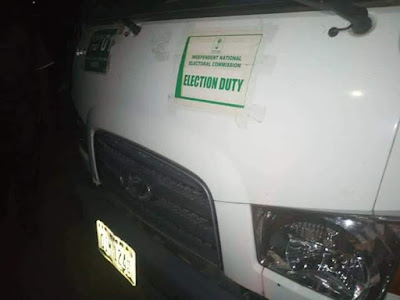 Thereafter, the Resident Electoral Commissioner in the state, Baba Yusu, was called upon to inspect the vehicle and the materials.

On arriving the police headquarters, he said he was not aware but would put calls through to the INEC office in Gombe to confirm.

After due consultations, the REC later confirmed from the zonal officer in Gombe that they had authorised the movement of the non-sensitive materials to the INEC headquarters in Taraba.

The police boss, however, said it was worrisome that no security agent had accompanied the materials hence the interception.

After due investigations, he said he was convinced that the materials belong to INEC in Taraba and not any individual or political party.