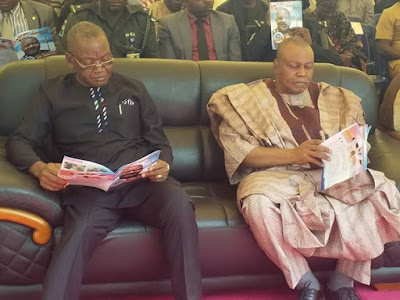 In an address at the inaugural session, Chairman of the Commission, Justice Wilfred Kpochi assured that members of the commission would be fair to all parties and sued for peace during the sessions.

Kpochi disclosed that the commission has received 16 memos, urging members of the public to submit more memos even during the sitting.
He urged parties to engage lawyers of their choice but pointed out that nobody was on trial as the commission was a fact-finding one in order to make appropriate recommendations to the state government for necessary action.


The chairman advised lawyers appearing before him to avoid technicalities to enable the commission make recommendations that would bring about lasting peace in the areas.
Responding on behalf of the bar, the lawyer representing the Jukun, Mr Douglas Abosi pleaded with all lawyers to cooperate with the commission to enable them succeed in their assignment.
The News Agency of Nigeria (NAN) reports that the commission had adjourned sitting until March 11, to enable members sort out witnesses.
NAN reports It that there has been recurring clashes between the Tiv and the Jukun in the two areas since 2017 which resulted in the destruction of property worth millions of naira.(NAN)