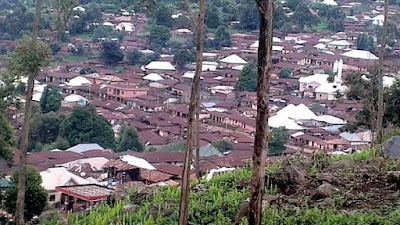 The people of Mayo-Gauri in Karim-Lamido local government area of Taraba state has decried absence of basic amenities in their community.

The spokesperson of the community, Mr. Markus Muazu told North -East Trust in an interview, that road network, health facility and portable water are some of basic needs of the community.

He said the entire community, which stretched from Gurowa up to Bachama lacked road network, which he said was hampering socio-economic development of the area.

He said farming and livestock are the main occupation of people of the community but lack of a road network is preventing farmers to take their farm produce to markets where they can get better price.

Mr.Muazu said that farmers found it difficult to transport their farm produce to markets across the river and neighbouring Gombe and Adamawa state.

He stated that middle-men are taking advantage of  absence of road network to exploit the farmers.

The spokesperson explained that similarly, Didango,Usumanu, Old Muri, Mutum Daya, Bunbur,Bachama and many other towns and villages in area lacked good roads

He said residents of the area use motorcycles,  bicycles and  donkeys as their means of transportation as commercial vehicles come into the area only during dry season.

“Commercial vehicles come to this area only during the dry season because of lack of tarred roads and difficult terrains” Markus said. He stated that despite potentials in agriculture and solid minerals of the area the attention of both state and federal governmenst is yet to be focused on the area.

He also complained of lack of  health facilities in the area, adding that sick persons have to  travel to Banbur or Kaltungu in Gombe state to access such services.

Mr Muazu said their situation was made worse because of prevalence of snakes in the area and victims of snake bites have to be taken to these hospitals for treatment which is a seven-hour journey.

He said many patients, including pregnant women, died on their way to hospital because of lack of good road network in the area.

“A journey of 30 minutes will take you everal hours because of lack of good roads. The most difficult time to travel here is during rainy season because of many rivers and streams along the road,” Mr Markus said.

Another problem confronting the community, he said, was the lack of potable water which is the source of many water-borne diseases prevalent in the area.

He said members of the community share water with their animals in a pond located outside the village.

He called on both authorities of Karim Lamido local government and Taraba state government to come to their rescue.